People Will Always Laugh At Your Crazy Ideas: They Are Usually Wrong!

Category under: Blog, Creativity, Faster, How to be innovative, Innovation, Trends
DAILY
MOTIVATIONAL
INSIGHT
FROM
JIM

Many people have a belief system that has them convinced that the world of tomorrow will look much like it does today, with the result that when they are confronted by the future, they dismiss it.

Case in point – back in 2006, I was the opening keynote speaker for a conference of telecom and cable engineers. I had about 3,000 of them in the room. One of the trends I outlined was that we would see accelerating innovation in terms of bandwidth capacities, particularly as we innovated in terms of optical fibre technology. I suggested to them, for example, that one day soon we would build a router that would stop light in its tracks, examine its packets, and in doing so, see innovative opportunities that would lead to massive increases in accelerated bandwidth.

Of course, they laughed at me. It’s ok. I get used to it.

Some complained to the conference organizers. “How can you bring in someone with such crazy ideas?” Others voiced their skepticism to an industry publication, which ended up writing an article on my crazy observation, dismissing it entirely.

But wait — after that, a number of leading optical scientists came to my defence, and said my prediction was bang on! You can read the resulting blog post which covers the industry publication, When Light Stops.

Fast forward – this news story a few weeks ago caught my attention. We seem to be getting really good at stopping light! Who would have thought? But that’s not the first story in this regard; I’ve been tracking the trend for years. 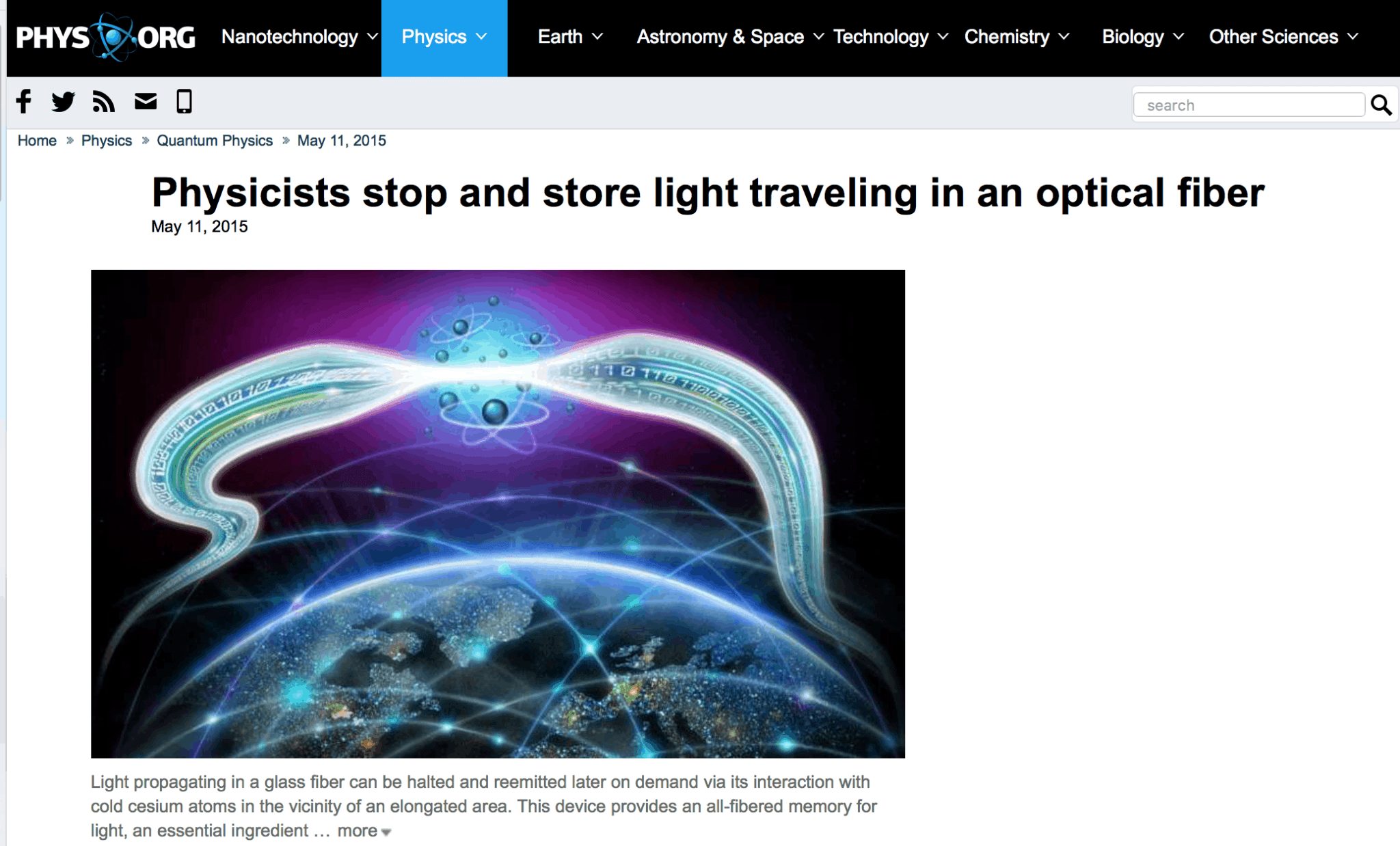 Here’s the thing about the future — it’s fast, its huge, and it increasingly involves ideas that once seemed crazy becoming a reality.

If you want to be innovative, focus on the crazy. You just might discover some gems of creativity in there. You’ll discover the future.

And realize the best time to pursue an idea is when other people laugh at it. 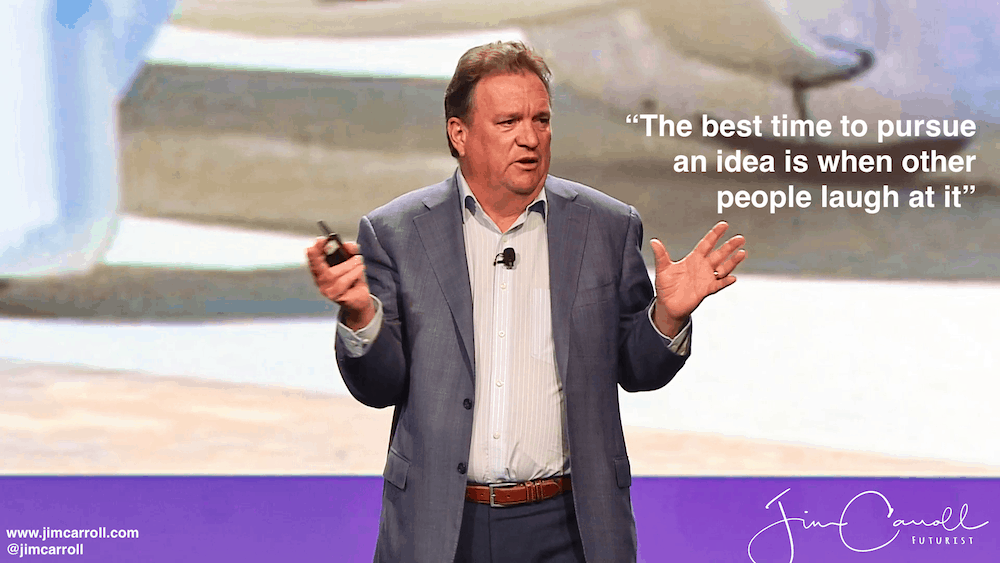 Need another example? How about printing solar cells on paper? Crazy idea? Not at all! Here’s a clip in which I’m talking about the fact that at MIT, they are learning how to print solar cells onto paper! Oh, and the whole issue of how we can stop light in its tracks….