Back in 2006, I keynoted the Society of Cable Telecom Engineers at their annual conference in Tampa. At the time, YouTube was only just beginning to have an impact, and social networking was still in a nascent stage. It was January — Twitter wasn’t even around!

My job was to alert them that forthcoming trends would mean that they would be  faced with the need to accelerate the bandwidth on their networks. I spoke to the trends I predicted in my book of 1999, Light Bulbs to Yottabits, which took a look at the forthcoming world of online video. 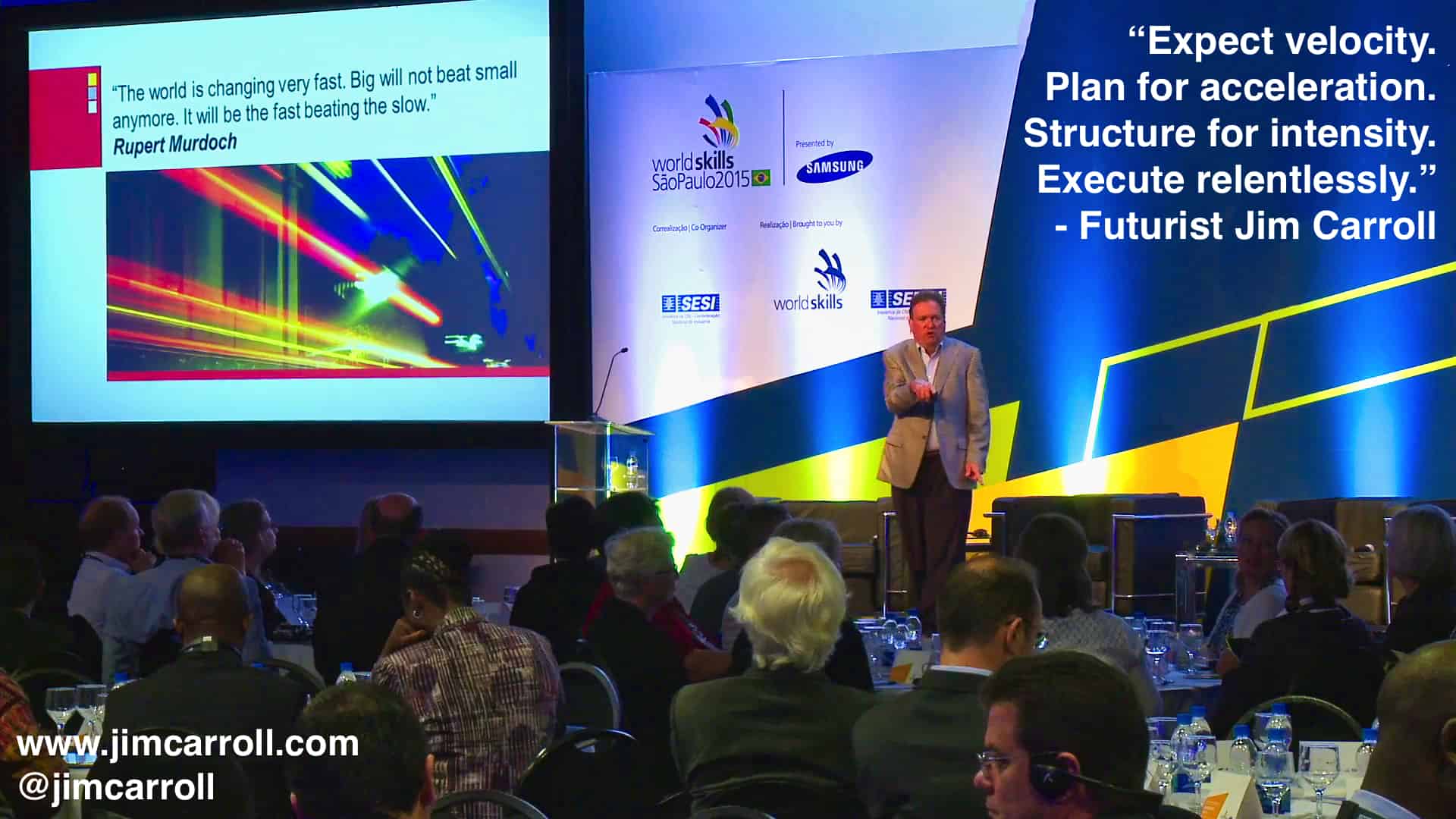 My job, as opening keynote, was to get them in the right, innovative frame of mind to deal with an upcoming tsunami of change.

I ended up writing an article for Broadband Magazine, on my keynote theme, Are We Thinking “Fast” Enough? I recently dug the article out the other day with respect to another upcoming talk within the industry.

It still makes for good reading today, starting with the observation that “in this era in which new developments and technology are coming to the market faster than ever before, everyone must become an innovator, whether it be with new business models, skills partnerships or customer solutions.”

Some of the key points I raised are even more critical today:

Run through that list, and ask yourself if that is your industry situation today.

Read the full article below.

If there are three key words that should carry broadband organizations and the people within them into the future, it is these: agility, innovation, and execution.

Today, as telecom, cable, wireless and satellite networks merge into a converged, accessible-anywhere data cloud, we are being confronted by absolutely furious rates of change, and you need an incredible amount of agility to be able to respond.

And in this era in which new developments and technology are coming to the market faster than ever before, everyone must become an innovator, whether it be with new business models, skills partnerships or customer solutions.

And execution, because in an era in which everyone is becoming a competitor often offering the same commodity services, it will be excellence of delivery that will provide for distinction: excellence in customer service, product lineup, and the ability to respond instantly to the rapidly changing demands of the consumer.

Step back for a moment and think about the key trends that are driving broadband today, and why these three traits will be critical to future success.

Agility, innovation and execution: three little words that carry an immense amount of guidance and insight for savvy executives to base their strategies upon as they carry themselves into the future.