Daily Inspiration: “Take pride in your success. Seek inspiration from your failure!”

“Take pride in your success. Seek inspiration from your failure!” – Futurist  Jim Carroll 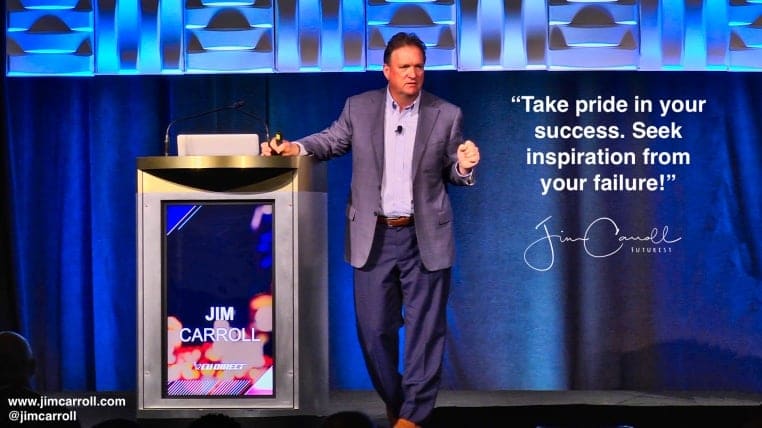 I was at the driving range yesterday – my home club will open next week as spring has finally arrived.

I was hitting them well. Ok, so some of them, but not all. I found that I was spending more time analyzing the things I was doing wrong on the bad shots, and was working to fix that, rather than the other way around.
Of course, this leaked into my mind as a metaphor for innovation!

Failure is a word that is not really part of our vocabulary, but we all do it, and sometimes frequently. If we can spend more time learning from what caused us to fail, then we can avoid it more in the future. Failure carries a bad connotation in our world, and it shouldn’t for most things. (Though as is said for some things, ‘failure is not an option’) Which is why when people talk about innovation, we use the phrase, “fail often, fail fast!” Failure is the path to learning, insight and innovation!

And so it is with my golf game! Fore!