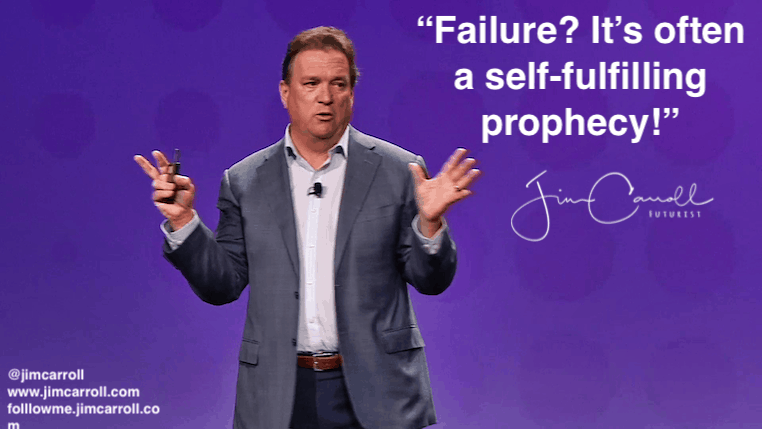 If you are on the tee box, looking at river, pond or hazard to cross, and you think about the trouble you are in, guess what. You’ll go in!

My son would watch me at #11 on my home course, Credit Valley, where we cross a river. My entire swing pattern would change; I would tense up, wind up, try to kill the ball. I’d slice left, and donate another ball to the river-god.

I’d even start to worry about the river long before I got to the river.

And after I went in a 2nd time, I’d have to go sit on the “Bench of Shame” on #12. Kudos to @bonesstabone for naming the bench.

It took a few years, but I like to think I’ve learned to approach the hole in a very different way. Our season doesn’t start for a few more weeks yet so I’ll discover that soon.

But today, I’m playing at Doral, which is full of water. It’s mindset over H2O today.

The same type of thinking can you hold back in business and in your personal life. If you set out with the idea of failure in mind, it’s pretty likely that you’ll fail.

And yet, failure is not necessarily a bad thing, if you view it as an opportunity for learning. I’ve studied what I call ‘world class innovators’, and here are some traits that they share:

So there are really two types of failure that you might encounter in your life: predictive obsessive failure, and experiential failure.

The hours I will invest in my short game to master bunker shots and chip shots? Experiential failure!