Daily Inspiration: “Act on your dreams! ‘Hopefully’ should be a verb, rather than just a desire!”

“Act on your dreams! ‘Hopefully’ should be a verb, rather than just
a desire!” – Futurist Jim Carroll 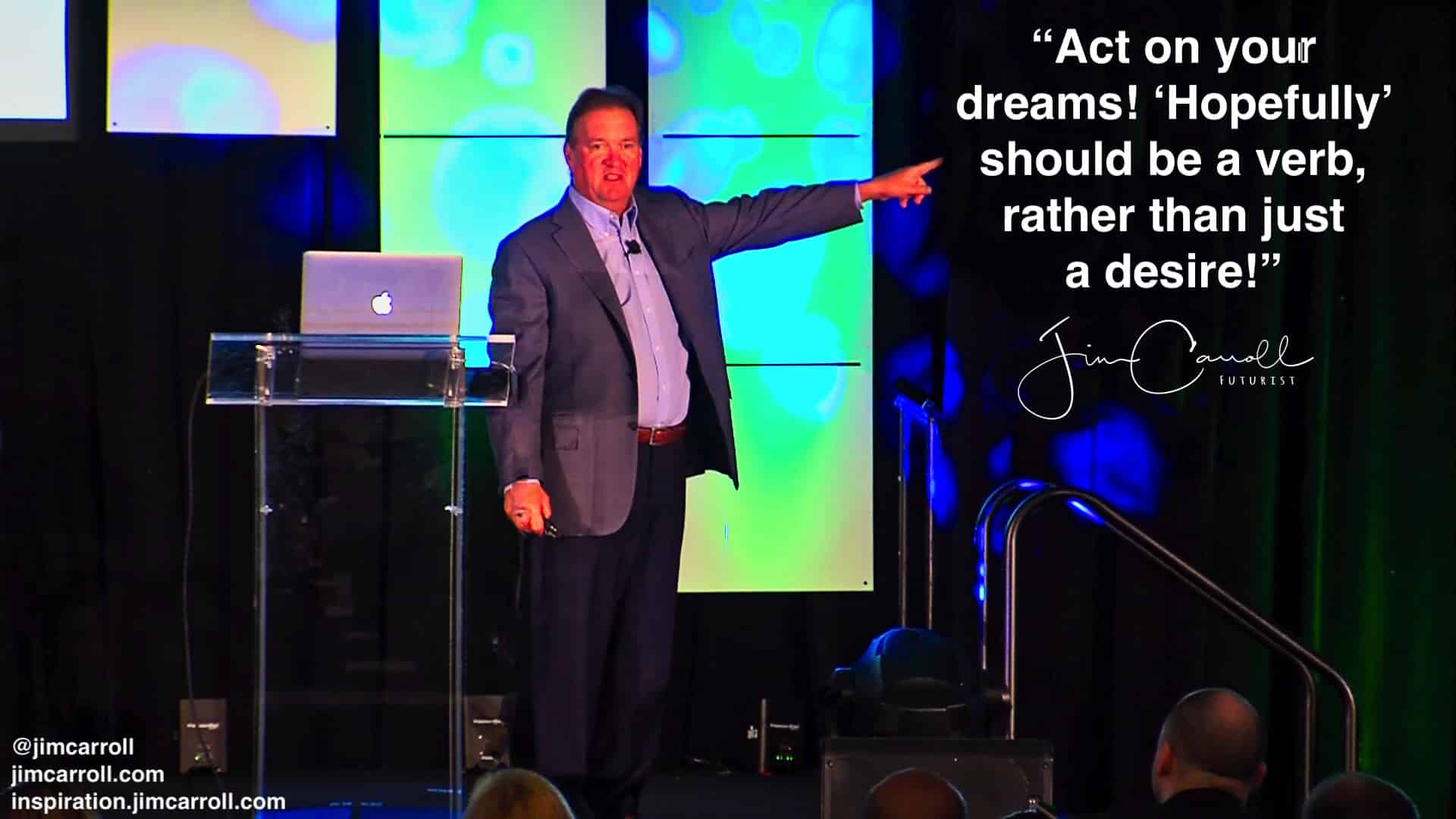 Far too many people live in the land of dreams unfulfilled. And the sad thing is, an unrealized dream is really a stolen dream.

Action is the best medicine!

How many times do you say you ‘hope’ for something to come about, only to end up not making a conscious effort to actually turn the desire into a reality?

How often do you ‘wish’ for a certain outcome, and then return to the same old actions that cause you to spin your wheels into a rut?

Successful innovators are different from most other people – they establish the same goals and dreams as you might, but immediately set out to act upon them to turn them into reality!

They take inaction as a sign of weakness; indecision as the drug of failure; standing still as an affront to their personality.

The worst thing that you can do each and every day is to do the things that will pretty much guarantee that your goals and visions, your dreams and ideas remain unfulfilled.

And here’s the key thing : why do you hesitate? Most often, you’ll often end up doing that because of an ingrained belief that you might not succeed. That very belief system then drives the attitude that you might as well not start doing something – because it is bound to lead to failure!

As Michelle Obama notes, “Failure is a feeling long before it becomes an actual result.” Study that phrase and learn from it!

Don’t be the primary thief of your dreams – recognize inaction for the criminal activity that it is!