.
Home   >   Covid-19 & Moving Forward   >   Daily Inspiration: “Some people hope their old world will quickly come back – but the smart ones have been working furiously to build themselves an entirely new one!”

Daily Inspiration: “Some people hope their old world will quickly come back – but the smart ones have been working furiously to build themselves an entirely new one!”

““Some people hope their old world will quickly come back – but the smart ones have been working furiously to build themselves an entirely new one!” – Jim Carroll 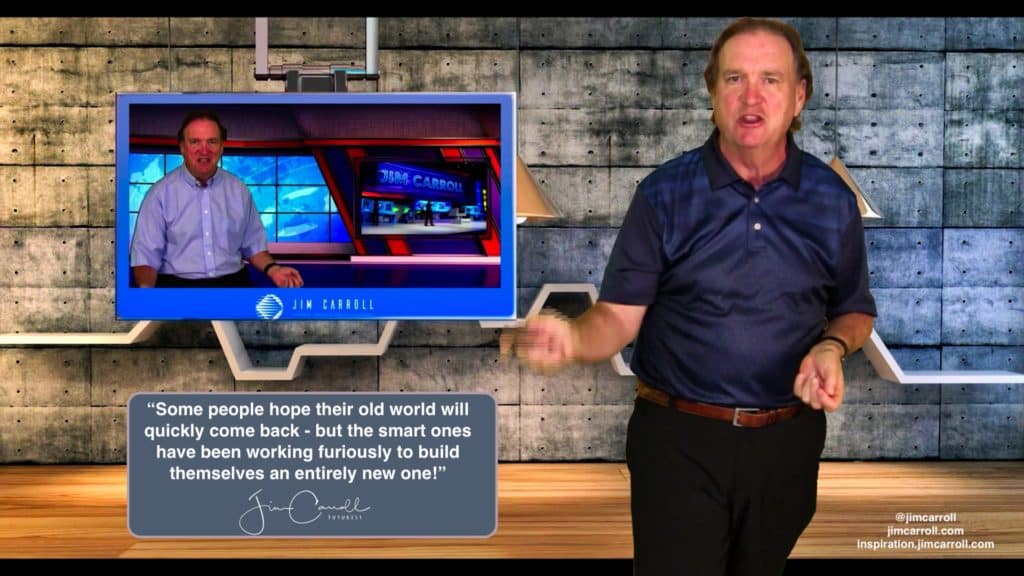 Check the picture closely – I’m speaking about a video in which I’m speaking about a keynote that I gave on a huge, glorious stage in Las Vegas. I miss that stage! But I also know I’m not going back for a long, long time – if ever. I’m pretty realistic in my assessment of my reality.

And with that, it sometimes seems evident that I work in a delusional industry – or in which, at least, some are operating at the end of reality. Consider, for example, this headline which just ran on CNBC: 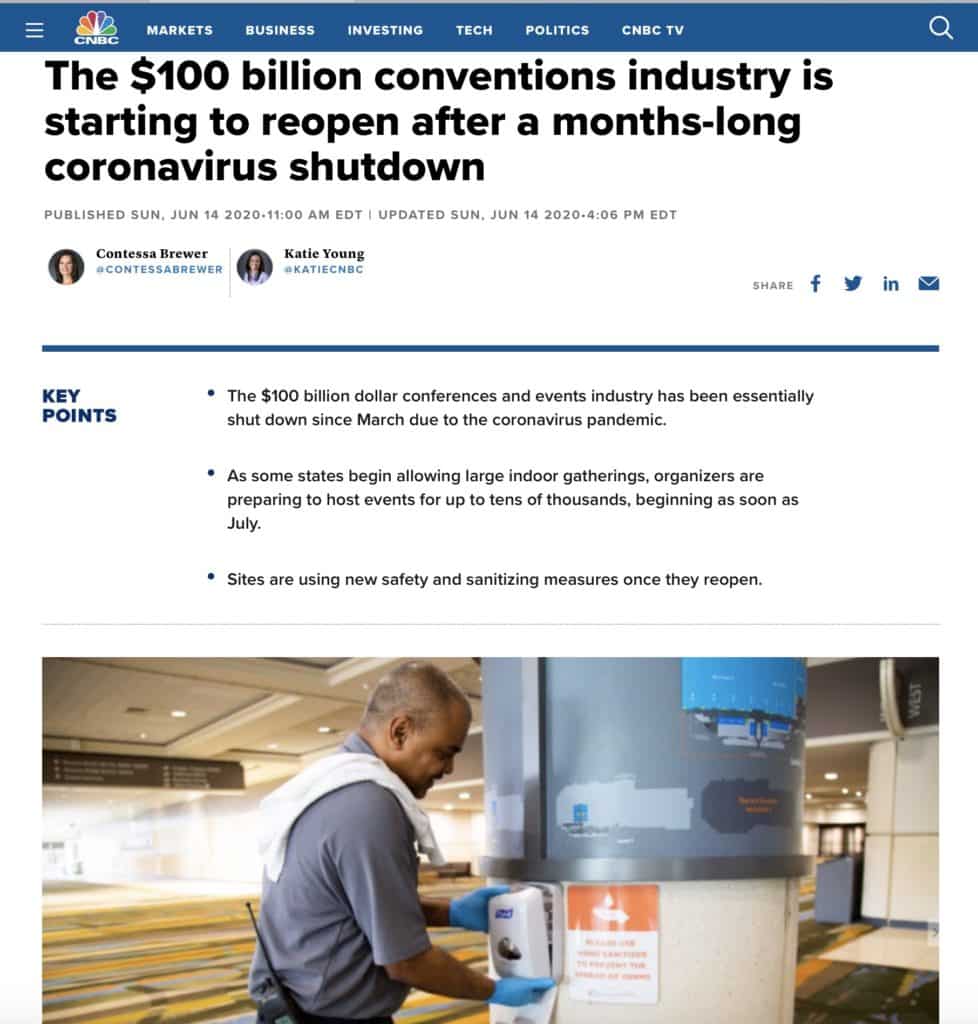 Read the headline and you might be thinking that we will quickly see people rushing back to conference rooms and events, squeezing into big open spaces to browse convention floors, mix and mingle, have some social time, and perhaps listen to a speaker or two.

Aside from a few brave (or foolhardy) associations, I fully expect there to be close-to-zero in person events through the end of 2020. And I honestly believe there will be few events going into the first half of 2021. The obvious reasons are obvious, but it’s the other things that will hold the momentum back. Many of my talks were for big Fortune 1000 CEO level events held offsite at a nice resort somewhere – and few companies are going to be prepared to take their leadership team to such an offsite location. Insurance will be difficult to come by, and occupational health and safety staff will have a fit at any such initiative. Corporate events are, by and large, dead until such time as we see a vaccine.

The big trade shows? The big revenue pot, vendors and show exhibitors, will be unlikely to commit to spending their money to return until they know that there will be attendees – and many attendees won’t be going until they can get over the psychological hurdle of getting on a plane, going into a hotel, and then squeezing into a convention floor with thousands of other people. Not happening.

I think our reality is this – lots of people are talking about their desire to go back to where we were. Deep inside, most of them know that we aren’t.

I came to accept that reality early on with this ‘thing.’ I knew that, to be blunt, I’m basically out of a job, in a career that I love, with a passion for sharing my insight, that basically won’t happen in the physical world for a long, long time. And so, I’m working at a furious pace to build a new virtual future!

Will there be any demand? Might I enjoy any success? It’s still early in the game, but I do know a few things. First, I’m loving the process of working with my ‘canvas of creativity’ – the green screen wall that is my studio – to explore and build new ‘stage sets,’ such as seen in this particular photo above. A stage with a stage with a stage!

Second, I KNOW I’ve got the content. I’ve spent 25 years helping to shape the future of major organizations – Disney, NASA, the World Bank, Mercedes Benz – organizations are just about ready for some fresh insight about their new future, and I’ve got a track record of giving them that.

Third – I’m having a ball! My new home broadcast studio has become my new ‘happy place’, ignoring the obvious joy that  comes from my time with my family and my rounds out on the golf course. I find myself wandering down to the studio, flipping on the lights, finding material to build a show, constructing a new stage set – firing up my innovation engine – and so regardless of how the future turns out, I’m certainly having a blast!