Daily Inspiration: “Invincibility, arrogance, hubris, complacency, denial, a belief in incumbency : these are the original sins of corporate failure!”

“Invincibility, arrogance, hubris, complacency, denial, a belief in incumbency : these are the original sins of corporate failure!” – Futurist Jim Carroll

Over the last few days, the response that I gave to a random tweet that crossed my feed gained significant attention, being liked and retweeted over and over again: 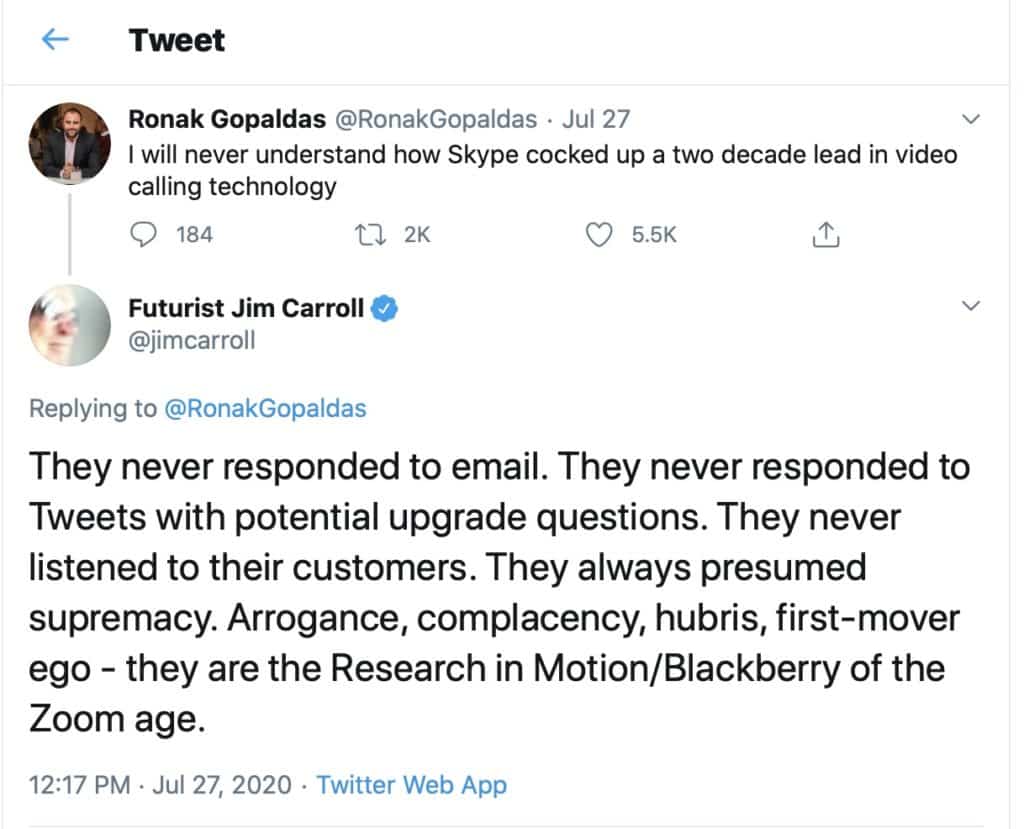 “I will never understand how Skype cocked up a two decade lead in video calling technology” to which I responded: “They never responded to email. They never responded to Tweets with potential upgrade questions. They never listened to their customers. They always presumed supremacy. Arrogance, complacency, hubris, first-mover ego – they are the Research in Motion/Blackberry of the Zoom age.”

Think about it – who thinks about Skype these days? It’s all about Zoom – Skype and others have blown the opportunity!

And yet, we’ve been here before. I sent a followup tweet noting a post in which I commented on an experience I had in leading a futures-oriented session with the senior global leadership team of Motorola. Hey, remember them? They were once a top technology company. So was Nokia, Research in Motion, and so many others. And then, poof!

I referenced my post: “#Motofail: Why Do Smart Companies Do Really Stupid Things.” Give it a read – it’s the source of the quote above.

#MOTOFAIL: Why Do Smart Companies Do Really Stupid Things?

And with that in mind, I put in a new stage set and filmed a clip that told the story. You can give it a watch – and ask yourself if your organization is guilty of these original sins.