.
Home   >   Covid-19 & Moving Forward   >   Daily Inspiration: “Even when you have nothing, you really have the opportunity for everything!”

Daily Inspiration: “Even when you have nothing, you really have the opportunity for everything!”

“Even when you have nothing, you really have the opportunity for everything!” – Futurist Jim Carroll 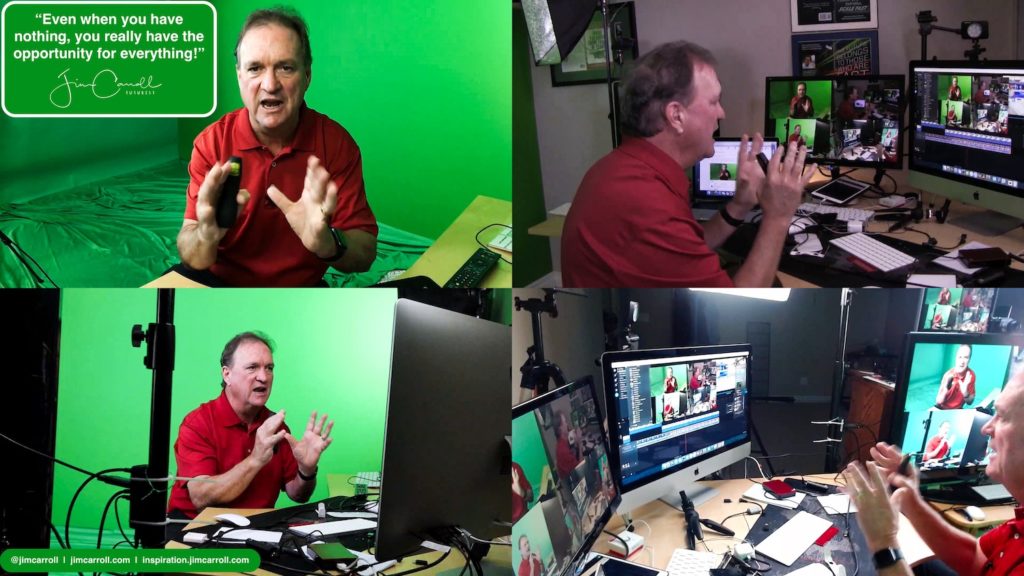 A live clip from early Saturday morning, in the final show from my virtual home broadcast studio.

Right after this show ended, we took the studio apart.

I filmed this 20 minute ‘show’ for the folks in the software community who provided me much of the guidance, assistance and encouragement through these last 6 months. It was a retrospective view of the work I did over this time span, the challenges and opportunities I encountered, and what I learned along the way. It even featured a a little bit of me dancing in the studio to Pink Floyd’s Comfortably Numb.

And then, after a paint job, we put the studio back together again! 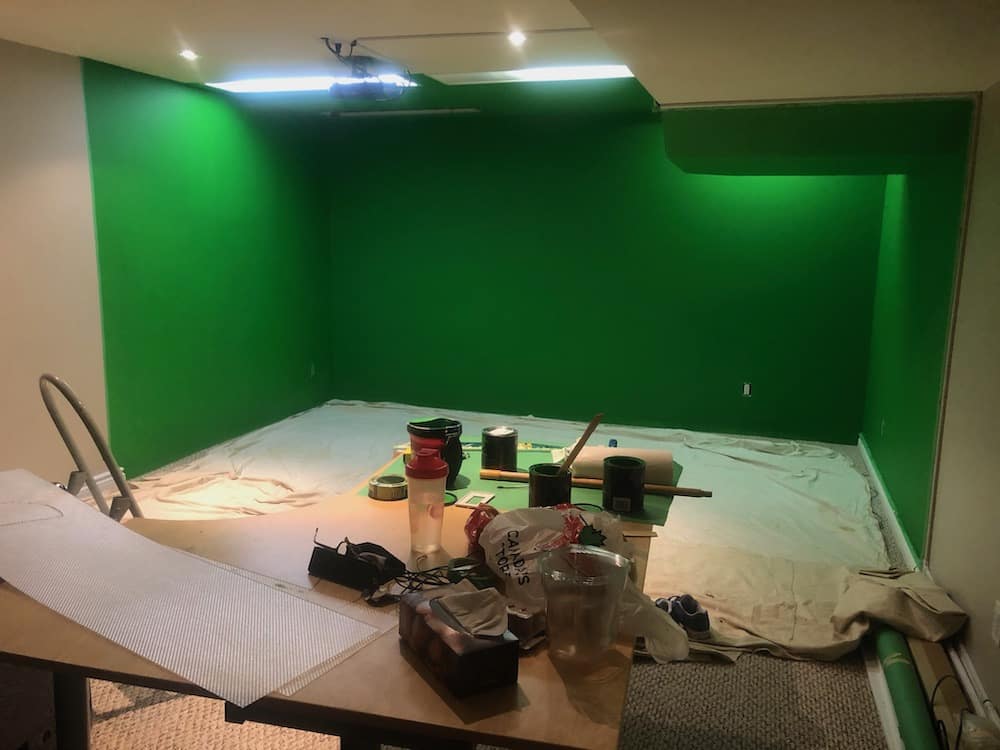 And with that, I’ll go back live this afternoon with another ‘show.’ The on-screen results will be barely noticeable (other than a few new camera angles), but I’ve got a bigger ‘stage’ to allow me to practice my craft and a more comfortable working space.

I’m in this for the long haul!

What a voyage it has been so far! It was just about six months ago to this day that everything changed. That Tuesday morning, March 17, as the global stock market continued to collapse, I went down into my very primitive home broadcast studio and filmed a clip that expressed my feelings of terror, worry, fear, concern, hope and optimism. It’s pretty hard to encapsulate all of those emotions in one 2 minute clip….

I think even at this very moment, I was starting to speak for a story of optimism. The clip’s title says it all: “Panic? Freeze? Act?”

The clip itself is primitive – I had a photo backdrop, and had discovered how to ‘green screen’ it out. Looking back, I think in my own mind I was already making an unconscious decision to begin to use the home broadcast studio as the potential platform for my future. How did I start? “There’s no better way to innovate than to go into the home broadcast studio.”

Since that moment in time, like many others in my situation, I essentially saw my global speaking collapse – going from 100 to 0 in a matter of seconds. Everything shut down, and the change was abrupt and terrifying in terms of its scope and speed. But I am ever so thankful for my health, and the fact that I am in circumstances that have allowed me to get through the first six months of this global pandemic in good shape.

And I think, from that very moment six months ago, I was already realizing that the home broadcast studio was to be my future. So I began to build, experiment, invest, and learn.

My business? I’m at barely 10% of what I was before the global pandemic, but I’ve got a number of virtual events lined up through the fall. The signs of hope are there.

And my determination to succeed remains stronger than ever.

Never, ever give up!