There have been some fascinating discoveries along the way as the studio expands and the ‘stage sets’ get more elaborate. One person thought I was doing all my work in a great big, renovated warehouse – the sets look so incredible. Another thought that I was appearing in an actual TV studio; and yet another believed that I was recycling old material.

My other discovery is people love to look behind the scenes : hence, the inspiration for today’s montage of a look at the studio along with the results of all this gear, with an appropriate dose of the mindset that drives me each and every day. 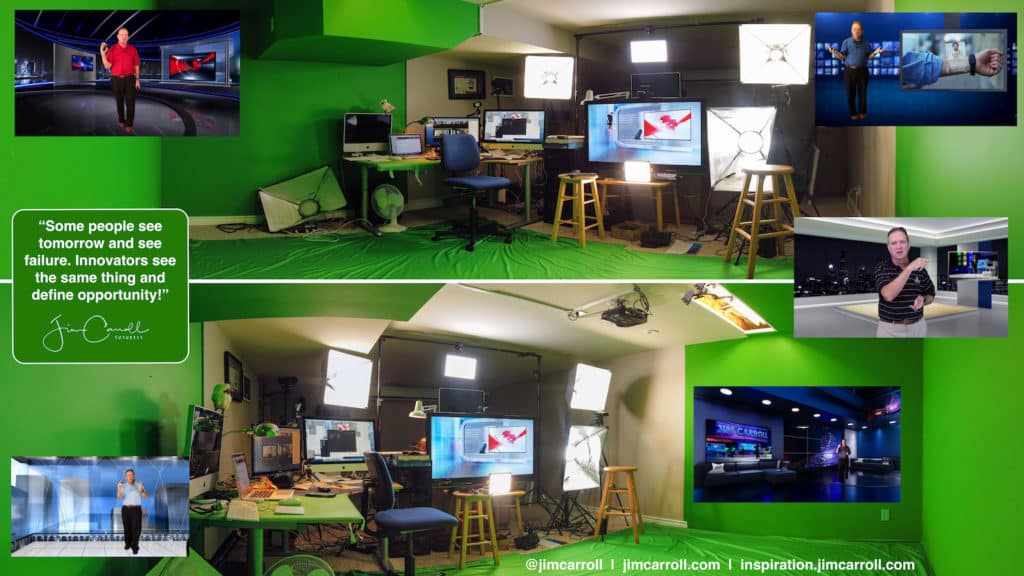 You see a production that is flawless – I see 2,500+ hours of time invested to bring together an unimaginable set of gear into action. In the photo, there is a variety of equipment:

There’s also an old big screen TV which gives me a picture of what is going out on my feed (to Zoom, GoToMeeting, Microsoft Teams, or whatever the client might happen to be using.)

Camera wise, there are two Canon M200 cameras, one with a wide angle lens (which gives me those shots in which I’m walking), 2 Canon Vixia video cameras (used for side shots).The long shot comes from an iPad Air 2, and the new shot from up above looking down comes from my iPhone X which fits snugly into a new camera mount in the ceiling.

Other gear? A cavalier microphone, a desk mic and sound mixer…

Lights! Lots of them! It takes a molten sun to light a green screen! And so if you look carefully, you’ll see a fan on the floor. There are actually 3 of them in the room. It gets hot in there!

A bit more as to what it looks like? I will now often introduce a multi-shot camera view into my shows – people find it fascinating. (I must admit, so do I!) And so here I am in deep concentration putting together a show.) 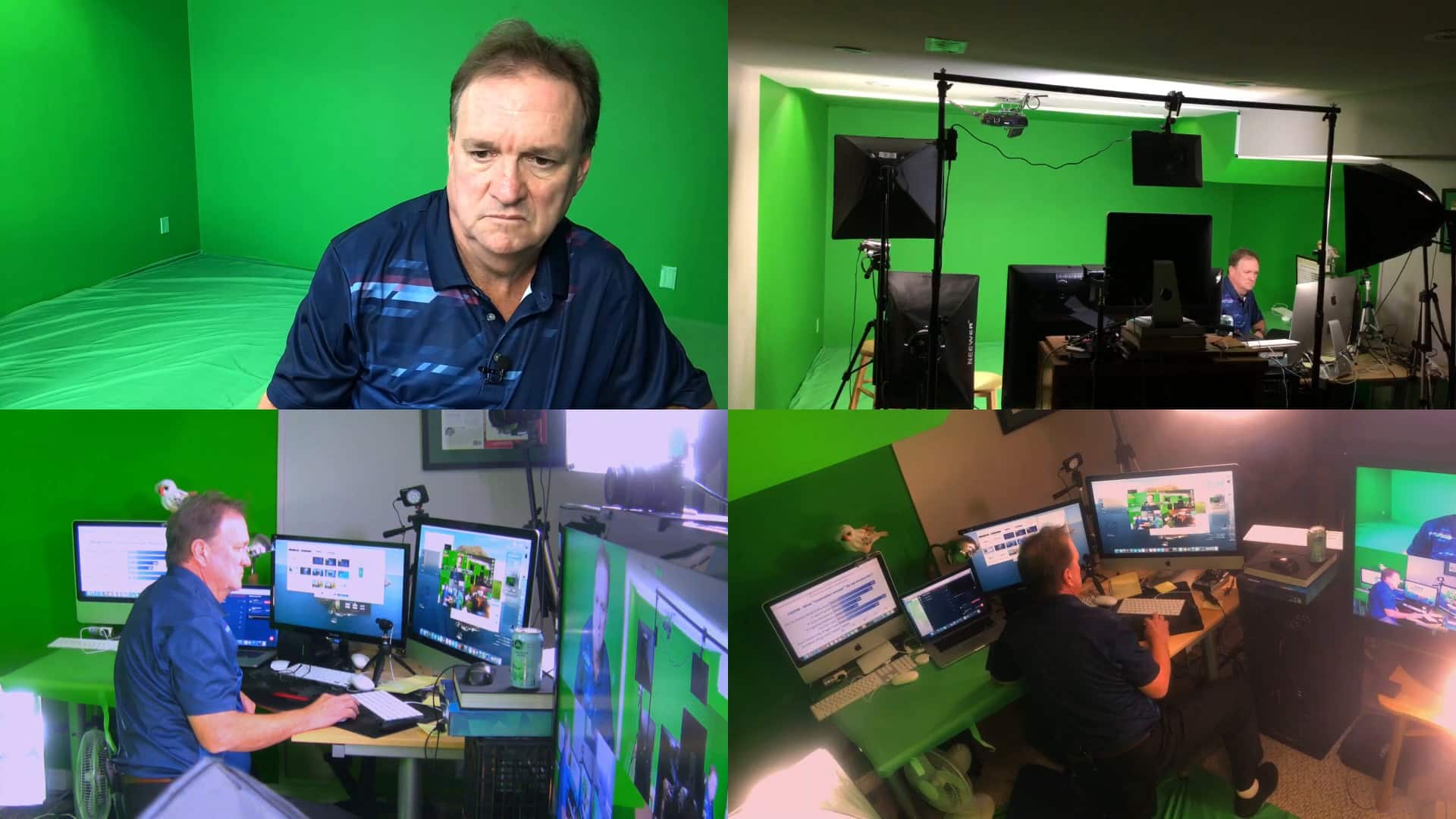 And then moments later when I put on my ‘stage face,’ hitting the live button! 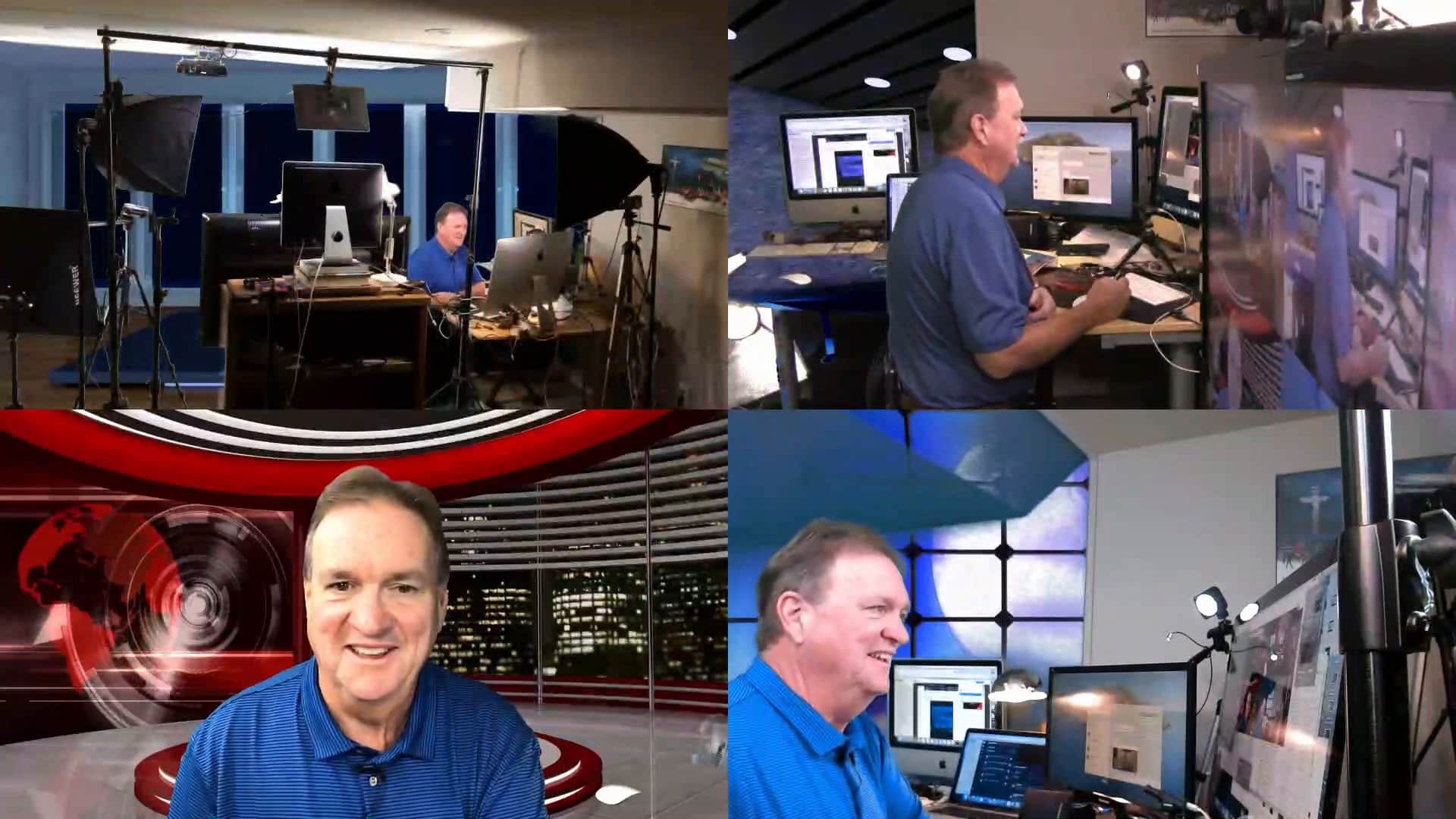 It is whatever you want it to be!