Daily Inspiration: “Go on. Admit it. It’s only a dumb idea when you don’t understand it!”

“Go on. Admit it. It’s only a dumb idea when you don’t understand it!” – Futurist Jim Carroll 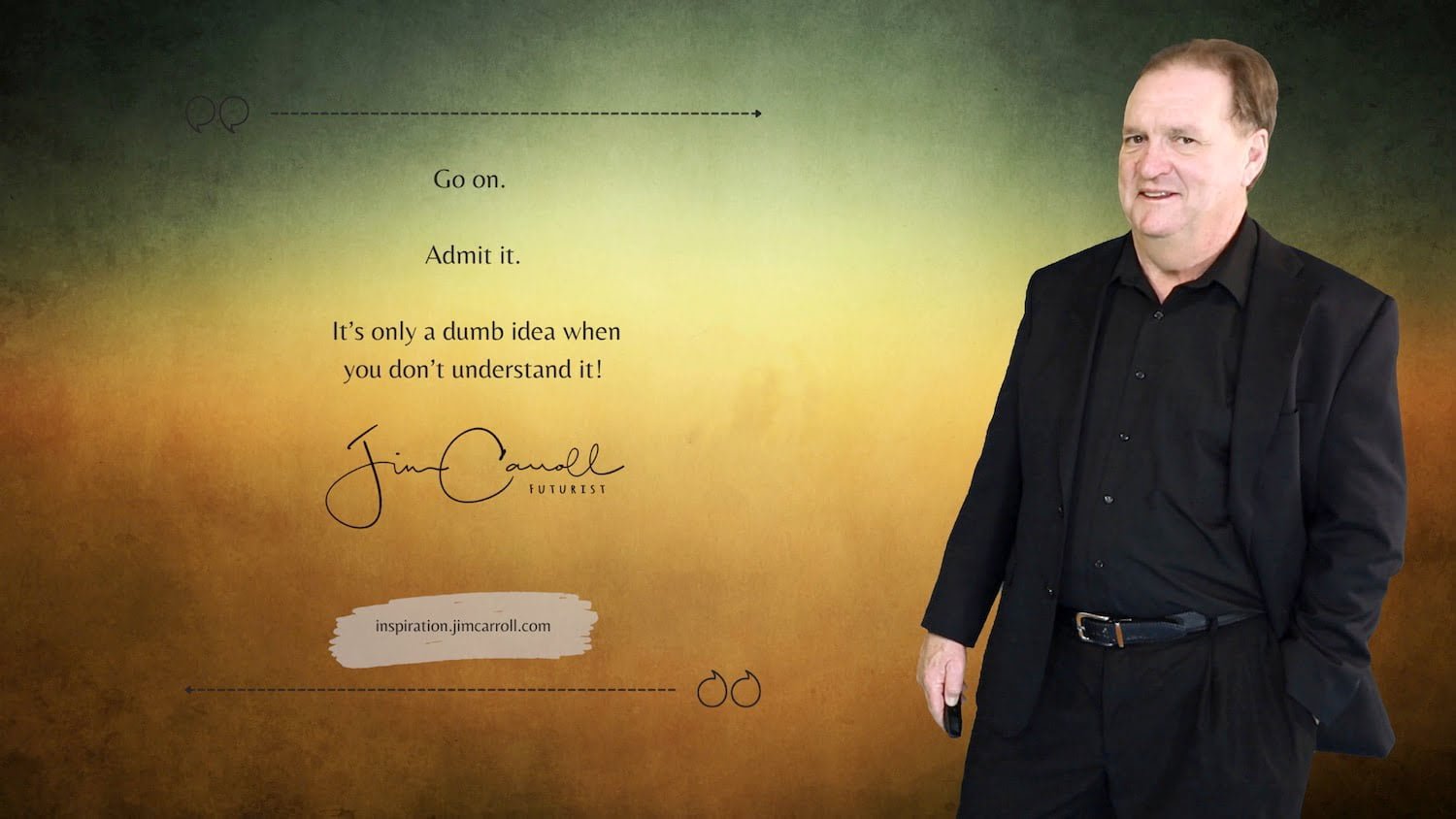 On my list of the “innovation killers” – the phrases that can hold us back from pursuing opportunities and the future – this one is probably one of the worst.

That very statement sets the tone for failure, imposes blockades on creative thinking, and spurs an attitude of fear and inaction within a group. Who wants to dare move forward when the idea has been proclaimed as such? Who would have an interest in taking the steps to prove the naysayer wrong? What if the foundation for the negativity is sound? And in such a moment, a potentially great idea goes down in flames to the ashes of squandered opportunity.

But what’s behind this type of reaction which is, sadly, all too common?

I believe it’s due to a complete lack of understanding of the trends that underlay the idea, and when it happens, is indicative of an individual or organization that has poor, low-quality, foggy trends radar. Often, the phrase comes from those who have an incomplete understanding of what the idea represents because they lack data with respect to what is behind the idea – they don’t understand how the future is shifting the potential for the idea from ‘dumb’ to ‘potentially brilliant.’ We don’t what the idea really means – so goes the thinking – and therefore, it is a dumb idea.

How do you battle back against this attitude? With the future! Spend more time to educate your team on the trends that will impact you and the potential disruptive opportunities that will come from those trends. That sets a foundation for action-oriented ideas to respond to those trends.

Dumb ideas? How about the idea that it is no longer dangerous to get into the car of a complete stranger – but building a model in which people use their mobile phone to find a stranger to take a ride with! Uber! The trends underlying the emergence of this billion-dollar industry were the emergence of mobile technology, the broad acceptance of connectivity-based business models, and the ability to scale the infrastructure to support said business model. A dumb idea? Don’t tell that to the founders, investors and the millions who use the service.

Dumb ideas often become the fodder that permits creative innovators to laugh their way all the way to the bank. A dumb idea is only dumb when it exists within the confines of the ignorance of what’s next.

Figure out the future, and any potential idea can be transformed into a ‘smart idea!’