Daily Inspiration: “Sometimes, it’s not until you are broken that you will discover what you are made of!”

“Sometimes, it’s not until you are broken that you will discover what you are made of!” – Futurist Jim Carroll 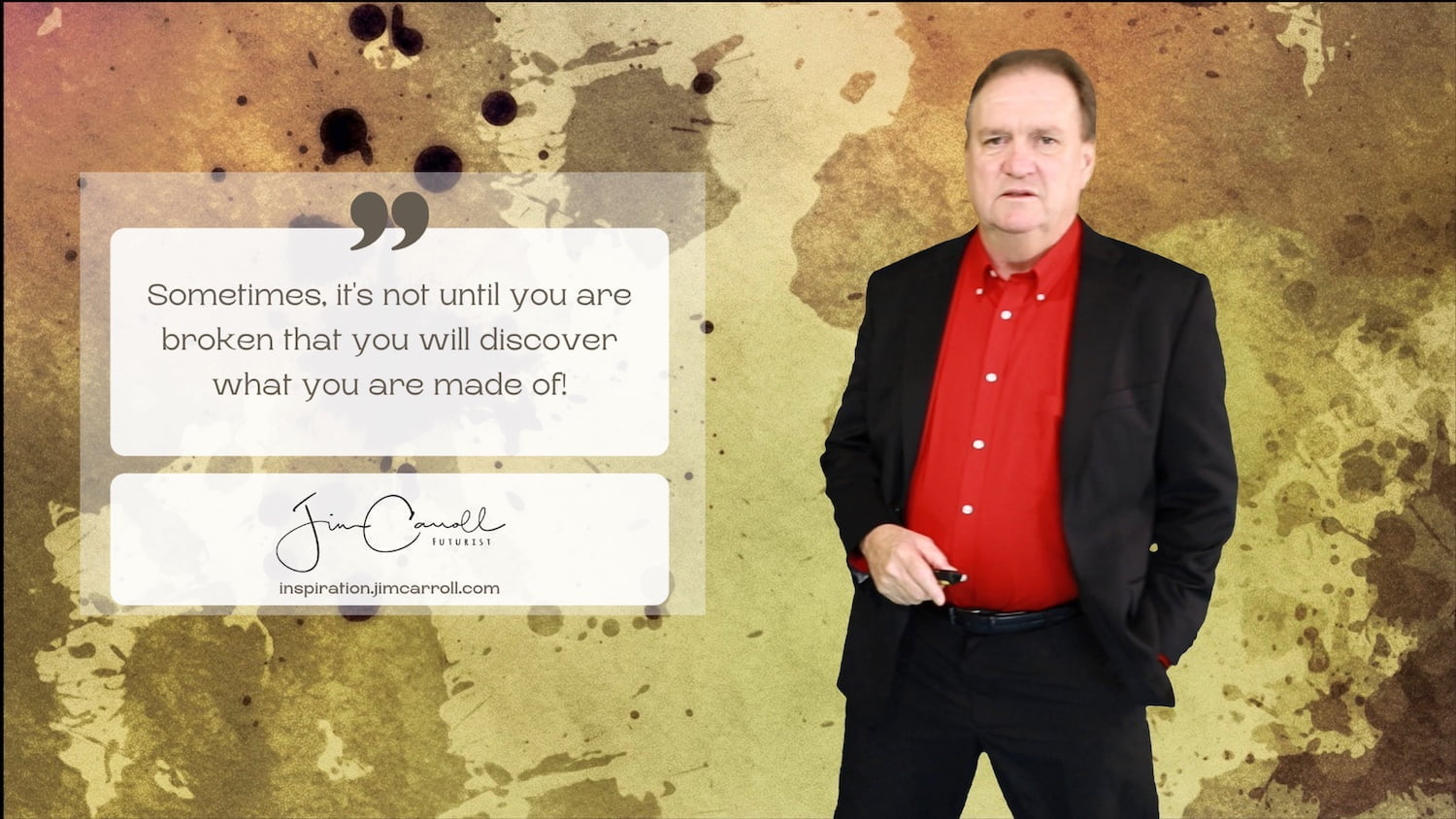 It’s often the low points often prove to be the high points of a reinvention; a poor performance that leads to a stellar one; a string of mistakes that leads to a landslide of perfection. You often can’t get to the highs of *there* without going through the lows of *here.* It’s the errors in your ways today that will usually lead you to your strengths tomorrow.

The key thing though is that you need to learn this powerful lesson in an often painful, sometimes tragic manner – and have the courage and determination to escape from the challenge of the moment to the opportunities of tomorrow.

We’ve all been there at one time or another. It’s the lessons that we are willing to listen to that can guide. I’ve been chasing that concept for quite some time – and just a year ago this week, began a series of interviews from my home broadcast studio on the theme of ‘reinvention’ – which eventually led to the publishing of my 39th book, “Now What? Reinvention & The Role Of Optimism In Finding Your New Future.”

The interviews — and the book which resulted — examine the process by which seven very different people picked themselves up from the lows they encountered in their lives, and how they pursued new highs – whether from difficult career or personal circumstances. Each individual offers up different lessons that might guide us into the future. Maybe you should consider buying the book! Or at least watching some of the interviews!

All pursued a path of reinvention, which is really the story of how we go from a ‘low’ to a ‘high.’ Reinvention is inherent to our future, fundamental to our success, and a pathway to our action. What is the essence of the mindset of those who have successfully reinvented?  Reinvention comes in different attitudes, strategies, disruptive thinking, and actions.

It also comes from the ability to pick oneself up from the lowest moment to chase the highest opportunity.