Daily Inspiration: “If your reaction to any type of change is anger, you’re not doing it right!”

“If your reaction to any type of change is anger, you’re not doing it right!” – Futurist Jim Carroll 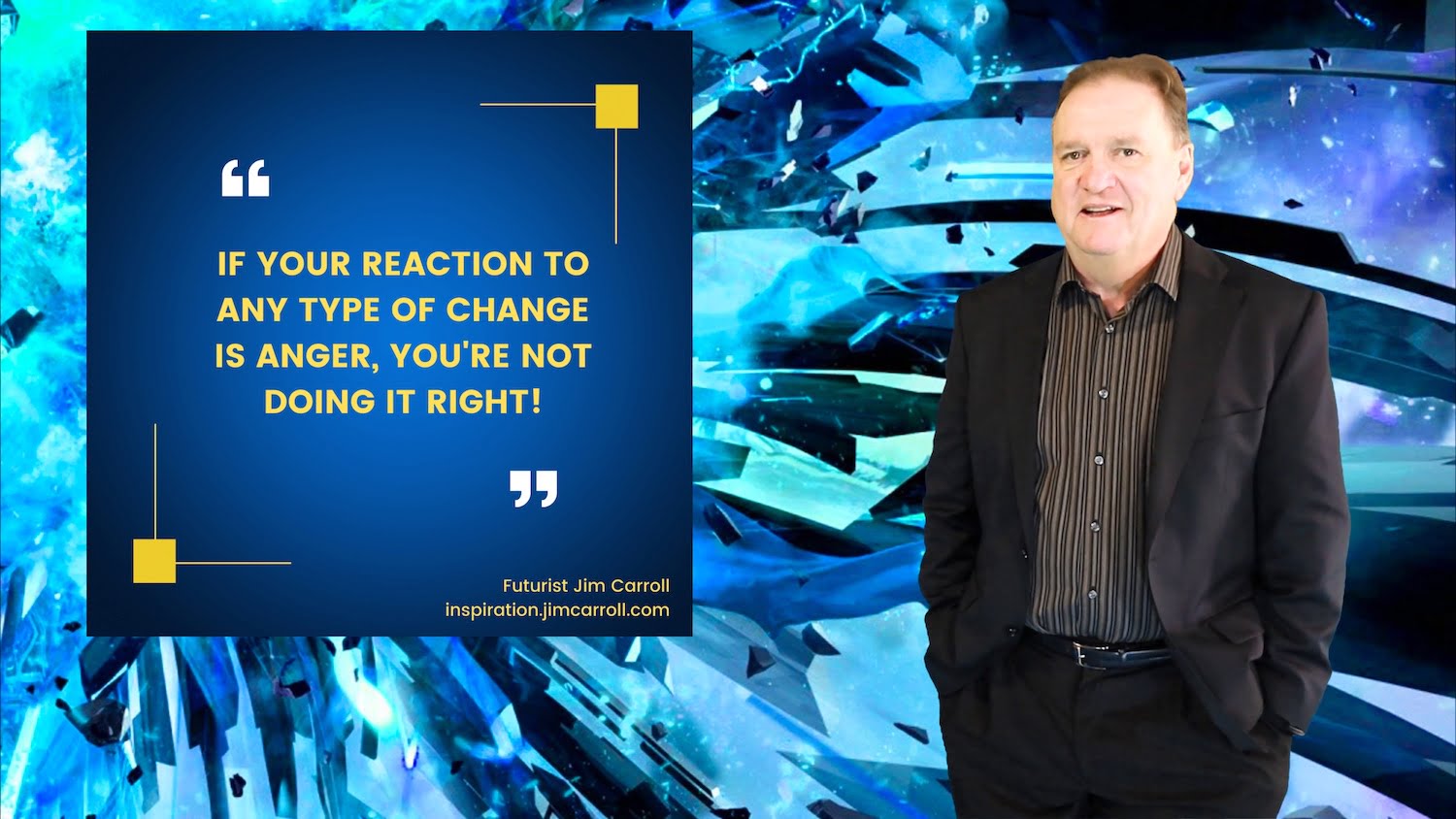 There’s an awful lot of angry people around. Their emotions do little to move them forward. Anger is never a solution and is usually at the root of all problems.

Rage? Some people think that the way to return to ‘greatness’ is some type of vile, hateful form of political speech full of bombast but empty of substance. Other folks seem to think that their so-called lost freedoms can come from a bonfire of their insanities. The delusional who think that science itself is some sort of plot against them and let their mental instability become a raging inferno of simple idiocy.

We seem surrounded by people who are so fed-up with the state of their personal lives that they scream that everyone else is responsible for their faults!   The sad thing about this type of hate is that when it is left to fester, dictators, despots, and tyrants have learned to channel it to their own purpose. There’s more of those folks around, aren’t there!

Rage can serve a role when it is aimed at the real problems in the world – an uncalled for war, total inaction on climate change, the continued assault on the rights of women to choose, the global inequity of vaccine distribution. But even then, the anger can often be misplaced, difficult to channel, impossible to harness, challenging to contain. Many times, anger can give way to bewilderment and inaction – ‘it’s just not worth it‘ becomes the guiding phrase.

Rage and anger can often spill into your own personal life – you are either a part of it or you witness it all around you. Organizations are undergoing tremendous change with business model disruption and the acceleration of trends, and some try to respond with angry, fitful spurts of ultimately useless action. Individually, people usually feel threatened by change, and anger becomes one of the many phases of change-grief that can ensue, often following the initial form of shock. It does little to help.

The art of the deal is to channel the reaction to change to flow in a different direction – trying to find the upside in the downside, the action rather than the inaction, the emotion of the opportunity rather than the depression of the potential negativity. Turning things around is critical – successful leaders and transformative innovators have long concentrated on how to turn their angry attitude into something positive, channeling their energy away from fruitless tasks into ones that can help to exploit the opportunities that exist within the negative.

A good rage changed is a passion transformed!