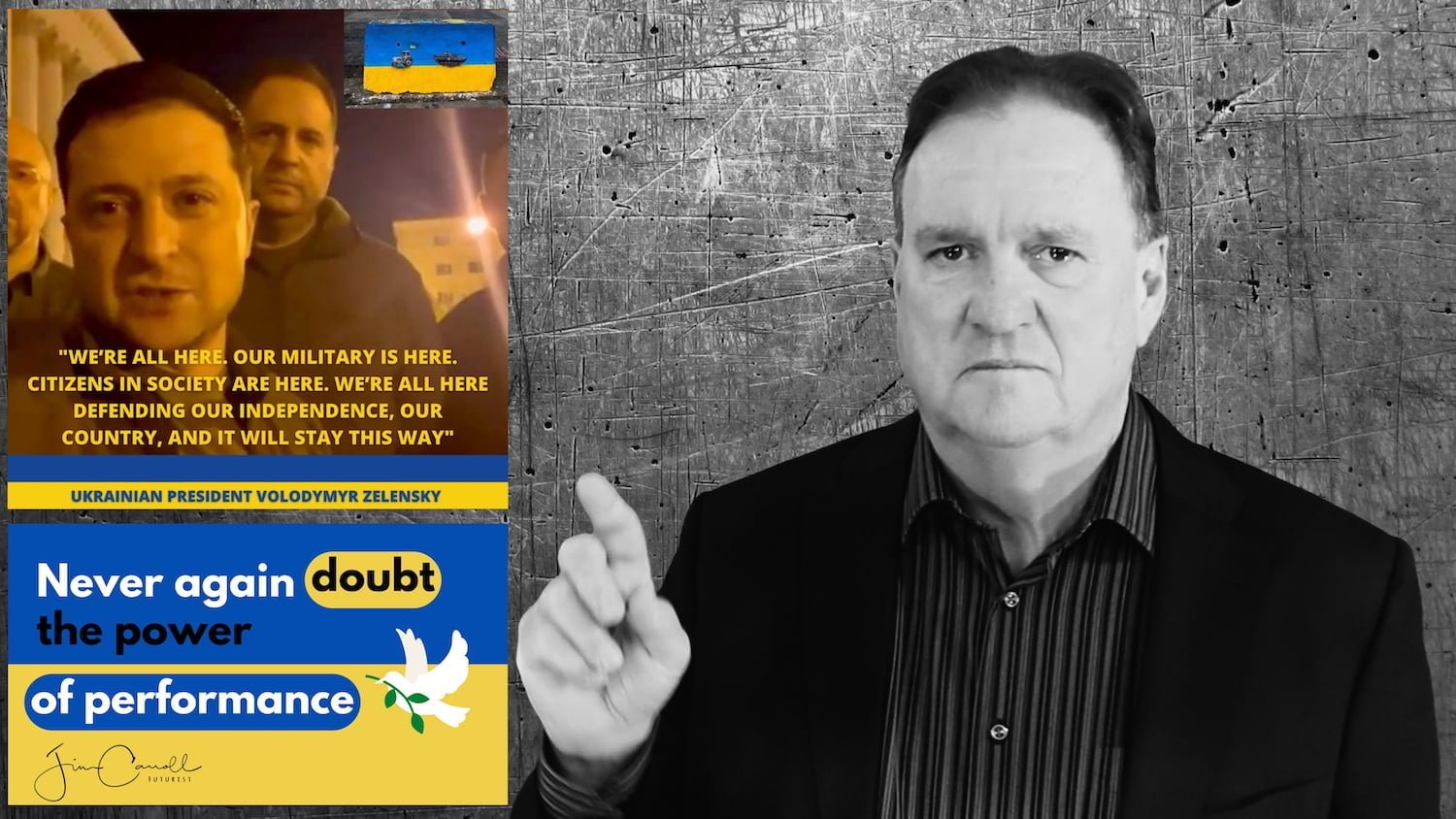 This is Ukrainian President Volodymyr Zelenskyy.

I will admit that when I first heard that Ukraine had elected a comedian to its highest office, I had a good chuckle. After all, I thought in my arrogant attitude, what could he possibly know about running the complexities of government?

Little did I know.

It’s not often that you have the opportunity to witness history – and the moments in time that not only somehow define a generation, but change the arc of time in dramatic fashion. We do not yet know how this awful situation will play out and where the course of history will take us – but we have all born witness to a remarkable leader who knows how to leverage his skills – one of which is the power of performance – to rally not only his people but the world. The world prays for his safety.

I’ve lived through several of these moments in time and each is seared into my mind as the pivotal events that have shaped our world: those brief seconds or minutes of powerful oratory, or the simple act of walking out of a prison with a head held high. Moments that have changed the entire course of our world. Although I was too young for Martin Luther King’s I Have a Dream speech, when I later saw it in elementary school it was something I could not forget. Mikhail Gorbachev announced his resignation and the effective end of the Soviet Union – on Christmas Day. Nelson Mandela walked, head held high, out of prison after 28 years. George Bush standing on the rubble of the collapsed and still smoldering World Trade Center after 9/11, megaphone in hand. Barack Obama’s keynote for the 2004 Democratic National Convention with the message of the audacity of hope and the ability to do it.

For all the talk of leadership and the traits that define it, there is one undeniable fact: real leaders understand the power in their performance, and its’ ability to inspire, motivate and provide hope in a time of deep despair.

This is not a skill that comes to everyone, and it is awe-inspiring to witness in real-time. There is power in performance, and real leaders understand this. The President of Ukraine is using ALL of his performance skills to shape the message, tune the tone and direct the direction of the war on a global basis. THAT is leadership.

As an aside, I am also fascinated by imagery, and none has captured my attention more than the video and pictures of Ukrainian farmers absconding with tanks and other military vehicles. This particular image was painted onto a concrete barrier in Rotterdam, and defines a generation of modern-day warriors! The power of an image is ALSO the power of performance! 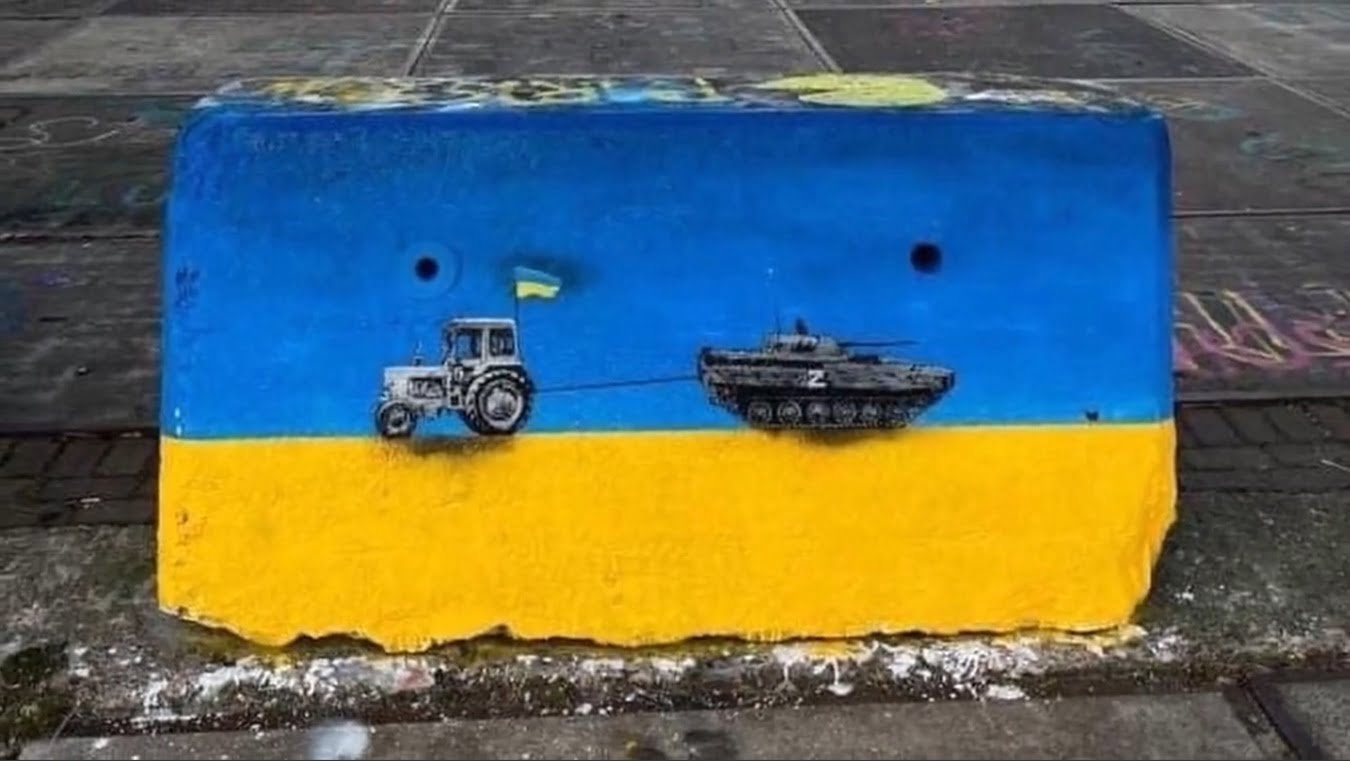