Daily Inspiration: “Think long-term: It’s better to invest In your optimism than to succumb to your pessimism!”

“Think long-term: It’s better to invest In your optimism than to succumb to your pessimism!” – Futurist Jim Carroll 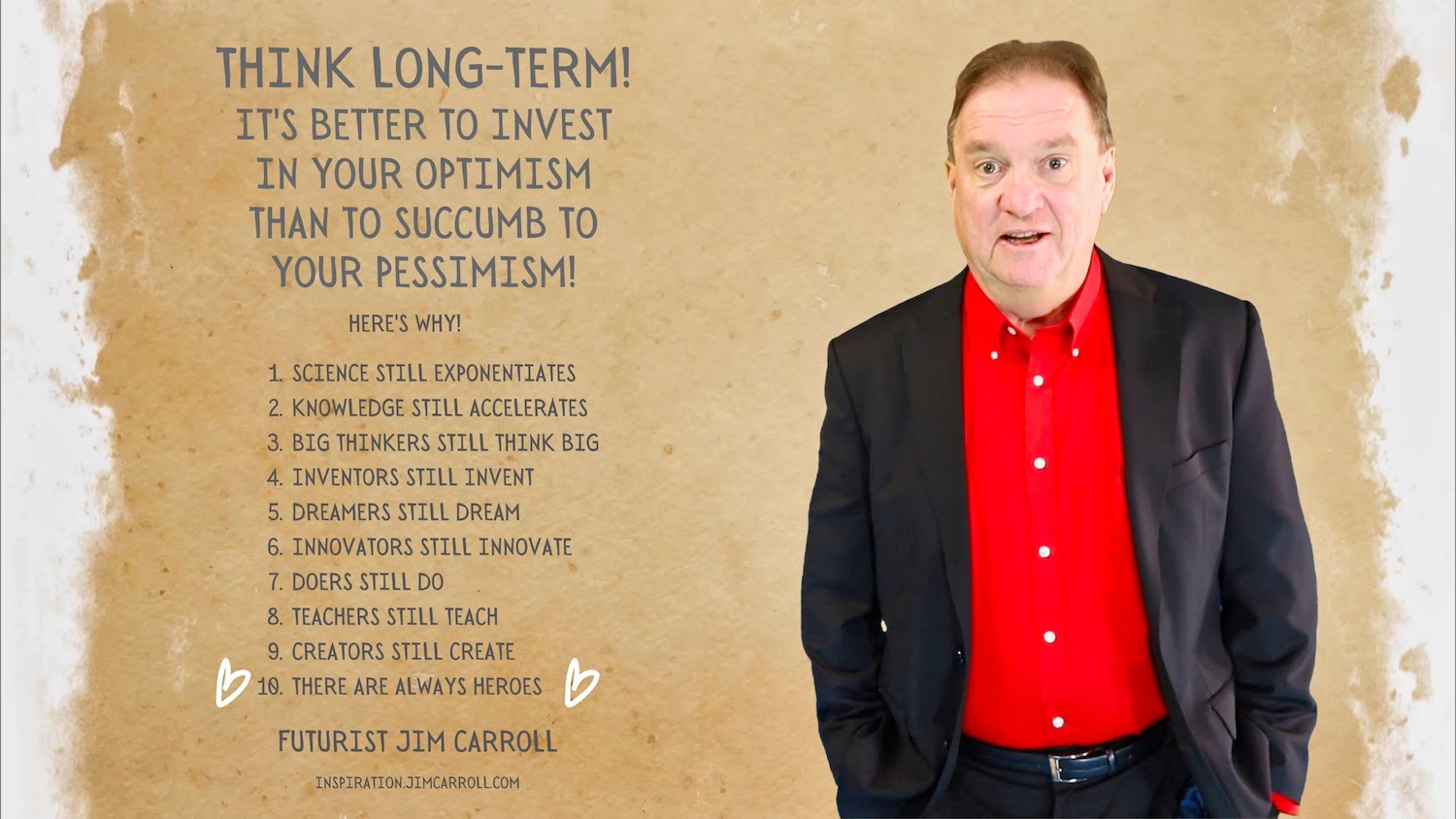 Being born just a short 14 years after the end of World War II, I was launched as a child into the geopolitical world of the Cold War. One of my actual earliest memories is of my mother filling large jugs of water and carrying large quantities of food down into our cold cellar, talking to my dad in hushed tones. I was just 4 years old as she was preparing her family for the potential nuclear fallout from the Cuban Missile Crisis. The only other memory I have from those early years was when JFK was assassinated. Go figure.

Reading Time magazine from the age of 8, I was keenly aware that we lived in a complicated world, defined by two massive militaries staring each other down. By the time I hit my lower-teens, I was busy devouring books about the subject, perhaps seeking the understanding of knowledge to wrestle to the ground the terror hidden in these recesses of my mind.. These two, in particular, had a profound impact on my thinking. 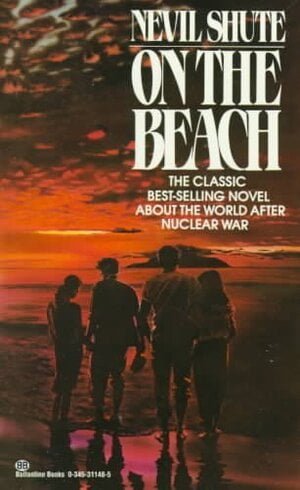 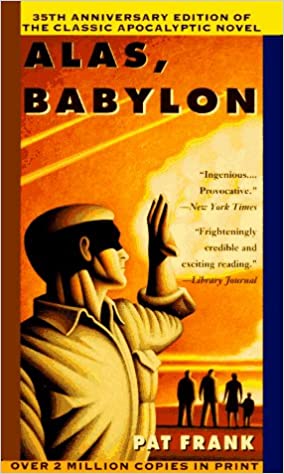 On The Beach was the story of a group of people in Australia who had almost a year to prepare for the atomic cloud of radiation to drift down to the southern hemisphere; they were waiting for their death. Alas, Babylon featured the actual war itself, as a family in a small town in central Florida witnesses the arrival of the missiles, the thermonuclear clouds of death, and the slow post-apocalyptic recovery. (Up to our move to a new home just over six months ago, I still had this book on my nightstand!)

Looking back, I think my mind got a little too active! (I also relentlessly read up on the Vietnam War, the civil rights movement, Watergate, and more – I LIVED for the news!)

Perhaps in order to bring me peace, I wrote my own nuclear showdown story! It was grade 11, and at the age of 15, I had no desire to study the required poetry syllabus in English. I advised the teacher I would not be coming to class as I had no interest in such dull prose. He suggested this was a problem – and that I needed to do something to earn my mark.

Flippantly, I told him I would write a novel.

So I did. I banged it out over a period of two months on a typewriter, working through a copious supply of ink ribbons. I submitted it to him with a flourish – I think he was convinced I would never pull it off. I filed it away with my belongings.

Years later, when my wife first met me, she found this tattered old manuscript in my apartment and proceeded to read it. I think she found me odd and maybe came to think that I might be someone interesting and weird enough to build an interesting life with. She discovered The Lions Den. As I noted in an article some years ago in which I brought it up,” it’s a US-Soviet cold war-style thriller that involved a global crisis; there were nuclear explosions, fascinating spies, geopolitical maneuvering, and yes, even a sex scene.

Fast forward: some years back, on Christmas morning, my family gave me a fully formatted manuscript ready to go to print – typed in from the original typewritten manuscript by my wife Christa, and an absolutely fabulous cover design by my son Willie. I never did get it into print – but today, am committing that I will. Check the back cover.

What’s the point of all this? I’ve come to believe that perhaps my relentless optimism has been defined by growing up in an era that demanded it. I, like many, have had to develop a hardened shell of hopefulness, layered by the warm blanket of buoyant expectations. And so here we find ourselves today. The people of Ukraine are in the midst of an awful reality, and the world recoils in horror. On the edge of the precipice of time lies the potential use of nuclear weapons by a madman cornered by the implications of his delusions.

At this moment in time, I find myself doubling down on my optimism. I have to believe it will never happen. I must believe that the people and nation of Ukraine will prevail in the long run. I have to believe – always – that there is the potential of the future on our doorstep, one full or more opportunity than peril. And with that mindset, here’s what I know to be true about what comes next in the long run.

The President of Ukraine has demonstrated to the world what it means to be a hero – to inspire, to lead, to provide a beacon of hope in the midst of the darkness of time. We truly live in a better world because of him, and because of the people of Ukraine – and the soul of hope found within their national anthem.

Ukraine’s glory hasn’t perished, nor freedom, nor will.
Upon us, fellow kin, fate shall smile once more.
Our enemies will vanish, like dew in the morning sun,
And we too shall rule, brothers, in a free land of our own.