Daily Inspiration: “It’s what we do on the days that are tough that can redefine our mindset for when the days are easier!”

“It’s what we do on the days that are tough that can redefine our mindset for when the days are easier!” – Futurist Jim Carroll 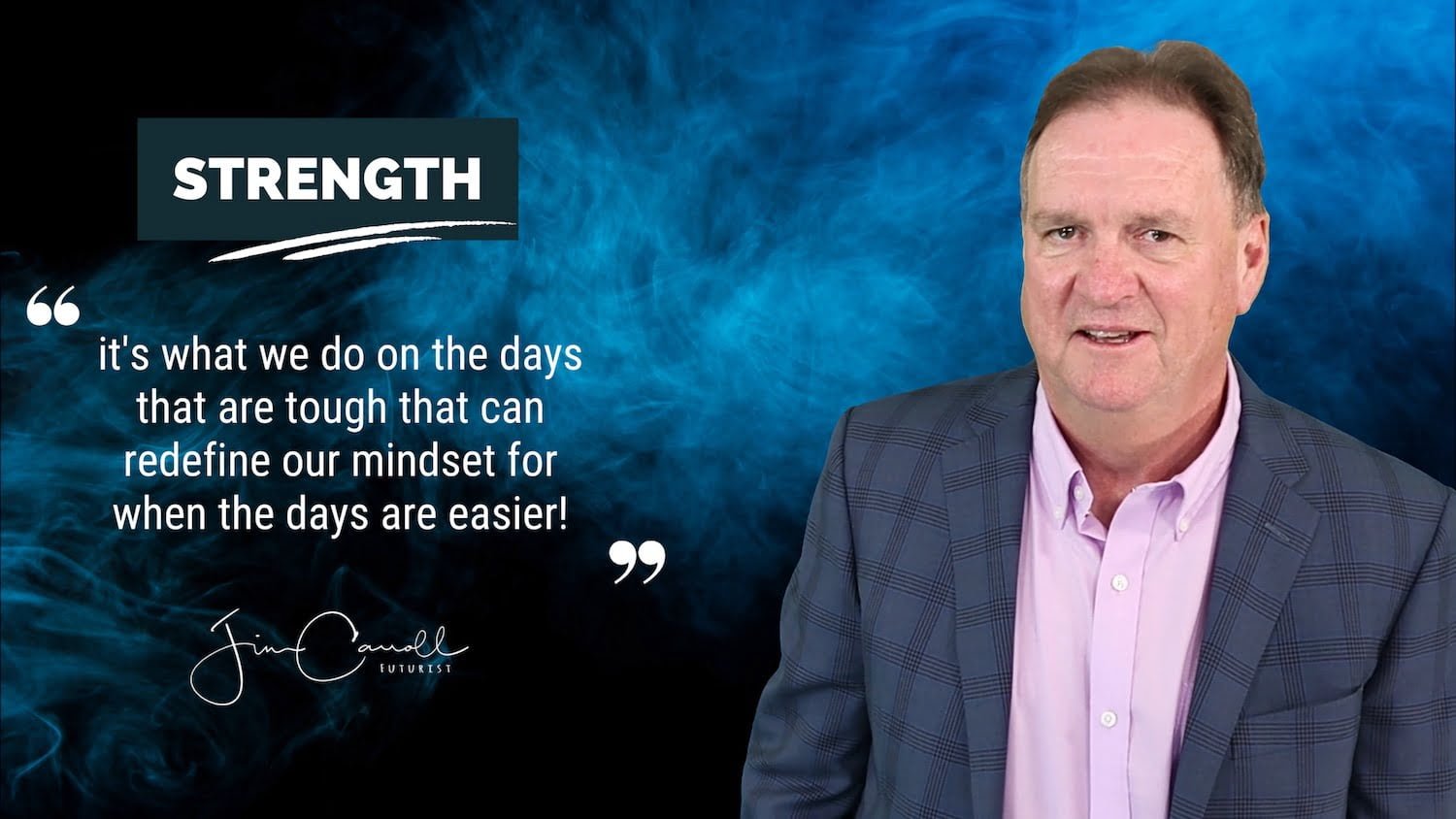 John Lennon wrote that ‘nobody loves you when you’re down and out,‘ but don’t make it a case in which you are the one within the least amount of love! Self-pity leads to the abyss of despair, the loneliness of hopelessness, and the peril of gloom. It’s better to work harder during those moments of anguish to focus on what comes next, and how you might think about things once you get there.

I was inspired by this line of thinking last week as we saw the launch of the first completely private space crew to the International Space Station by SpaceX. Watching the launch, I was thinking back to how long it took for some of the leadership team within NASA to adapt to a world in which they were not the only organization involved in the ‘business of space.’ I was thinking back to the mindset that prevailed in the room when I was invited in for a leadership talk at that very same NASA in 2010 – back when they were down and out. As I pointed out to those in the room over a decade ago, one of the key lessons NASA has repeatedly learned during every period of time in which times were tough was that they needed to transform, adapt, and evolve for when the times were better.

The backstory? In 2010, NASA was in a tough place – there were funding cutbacks, the future was uncertain, and the status of future missions unclear. The focus of my talk was how to move beyond the despair of the present and shift the mindset into something different for a far more different future – defining that as ‘transformational leadership.’ I focused on their future by looking back at the transformational mindset their leadership team had in similar periods of time in the past – and how this proved to be pivotal to their future success. In doing so, I reminded them that they needed to double down on innovating, changing, and adapting – because that became the proven pathway for eventual success in all previous moments.

What was really wonderful about the talk was that the fellow I worked into my keynote as an example of a NASA leader with that very important mindset was actually in the room:

“If the space station is canceled, it is my inherent belief that we will continue to have a robust manned spaceflight program that includes science. There will be activities that will become alternative choices to a space station,” Arnold Aldrich, associate administrator of the space agency, told the space subcommittee of the House Science, Space, and Technology Committee.” NASA imagines life without space station, Houston Chronicle, 28 April 1993

When times are tough, you don’t let the toughness overtake you! You take yourself to a different place – the future that comes from after times are tough – and in doing so, redefine your attitude for the opportunities that will come your way.

By the way, while in the midst of the first year of our pandemic, when times were tough, I filmed a show in the studio about NASA, and told the story of Arnold Aldrich. I reached out to him afterward to share it – only to learn that he had passed away. To me, he is one of the unacknowledged heroes of the space program – and we can learn so much from his transformational mindset.

Last month, I was down in Texas, invited by NASA to be the after-dinner speaker for a leadership meeting of senior executives — mission commanders, project directors, various astronauts now involved in different roles — on the theme of “transformational leadership.”

Going in, I knew this would be one of the toughest keynotes I would take on during my 18-year career – this would be a tough crowd. After all, NASA is at an extremely challenging phase, with a great degree of uncertainty with respect to its future role and mission. 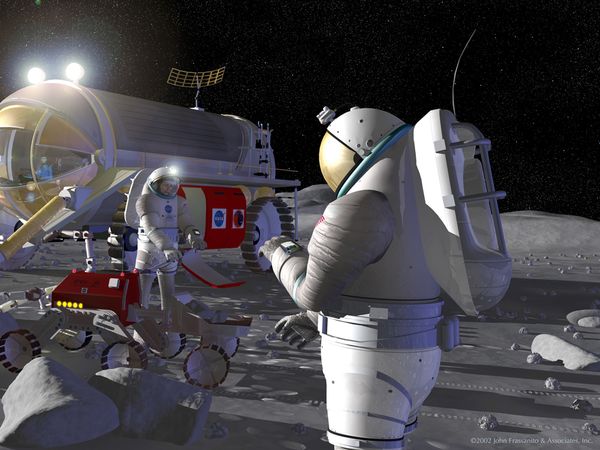 There are big, unanswered questions and issues surrounding the future of the organization; certainly, a lot of organizational trauma as the space shuttle program is wound down; a great deal of uncertainty with new directions such as the commercialization of space flight; much internal debate as to whether the recently established direction is the “right” thing.

A pretty complicated situation! Given that, I was honored to be invited in to speak to them; personally, I was a bit overwhelmed, knowing this to be an extremely complex situation, with a group of leaders who might be all over the map in terms of their acceptance of the current reality.

So what did I talk about? My key goal was to go in and provide some insight as to what history has taught us as to what great leaders have done during a time of great transition, and what current leaders are doing right now to ensure they stay focused on innovation and the future.

In other words, what do leaders do during transformational times?

There were several key themes that I hit upon:

1. In a time of great change, great leaders work fast to shape the focus of their team.

It’s not as if NASA hasn’t been before; its history has been one full of volatility in terms of future direction. That’s a reality that comes from being a public institution funded by the shifting political winds which swirl around it.

In my dinner talk, I held up the example of what they were going through in 1993 when the International Space Station was at risk. “NASA officials allowed themselves Tuesday to talk about the possibility of life without the space station. They clearly didn’t enjoy the talk, but said the nation can still have a vigorous space program — and achieve many of the same goals — without the $31 billion projects.” NASA imagines life without space station, Houston Chronicle, 28 April 1993

Of course, NASA got through that difficult period of time; it will go through more. Great leaders keep everyone focused on the future, however volatile it might be!

2. Great leaders provide a message of continuity despite uncertainty

NASA is in a period of great uncertainty from many different perspectives. Yet what great leaders have done in the past and keep on doing — in government, industry, and elsewhere — is to work fast to ensure that the team understands that there still is a future, even it if its a different future.

From the 1993 article: “If the space station is canceled, it is my inherent belief that we will continue to have a robust manned spaceflight program that includes science. There will be activities that will become alternative choices to a space station,” Arnold Aldrich, associate administrator of the space agency, told the space subcommittee of the House Science, Space, and Technology Committee.” NASA imagines life without space station, Houston Chronicle, 28 April 1993

What was so absolutely wonderful was that the fellow in the article showing that attitude — Alan Aldrich — was in the room as I spoke these words. I knew he was there in advance; he was speaking to the group earlier in the day. I presumed that he was of a transformational mindset as a leader, and I was delighted to discover his quote during the preparation of my talk.

3. Transformational leaders refocus their team on the opportunities of the future by crystallizing innovation

Consider the next comment by Aldrich in the article: “In other words, I believe we would be very much driven to find alternative ways to meet the same primary goals of the Space Station Freedom.” NASA imagines life without space station, Houston Chronicle, 28 April 1993

4.  Transformational leaders set the tone at the top.

The key message? We’ve got to challenge ourselves to accept our new realities, focus on the opportunities of the future rather than clinging to the glories of our past, and work hard to think and act differently as to achieve our goals.

I will admit it was not all a bed of roses; some of the folks in the room did not like my focus. 4% rated my presentation as below expectations.

One participant commented: “It was an interesting presentation, but I wasn’t impressed with the content.  I recognize the importance of being positive and optimistic and he captured that thought well.  I just couldn’t relate to the entire conversation.”

I will admit that the unique job I have — challenging people to think about the future — can often be a difficult one. Particularly when people are in the midst of a very difficult transition. Going into the NASA gig, I knew I would be facing a tough audience. It’s a tough situation.

I’m kind of thrilled that I was able to make such a positive contribution — and to me, that’s what transformational leadership is all about. I knew I couldn’t get my message to everyone in the room – but it seems like it worked for the majority of them!