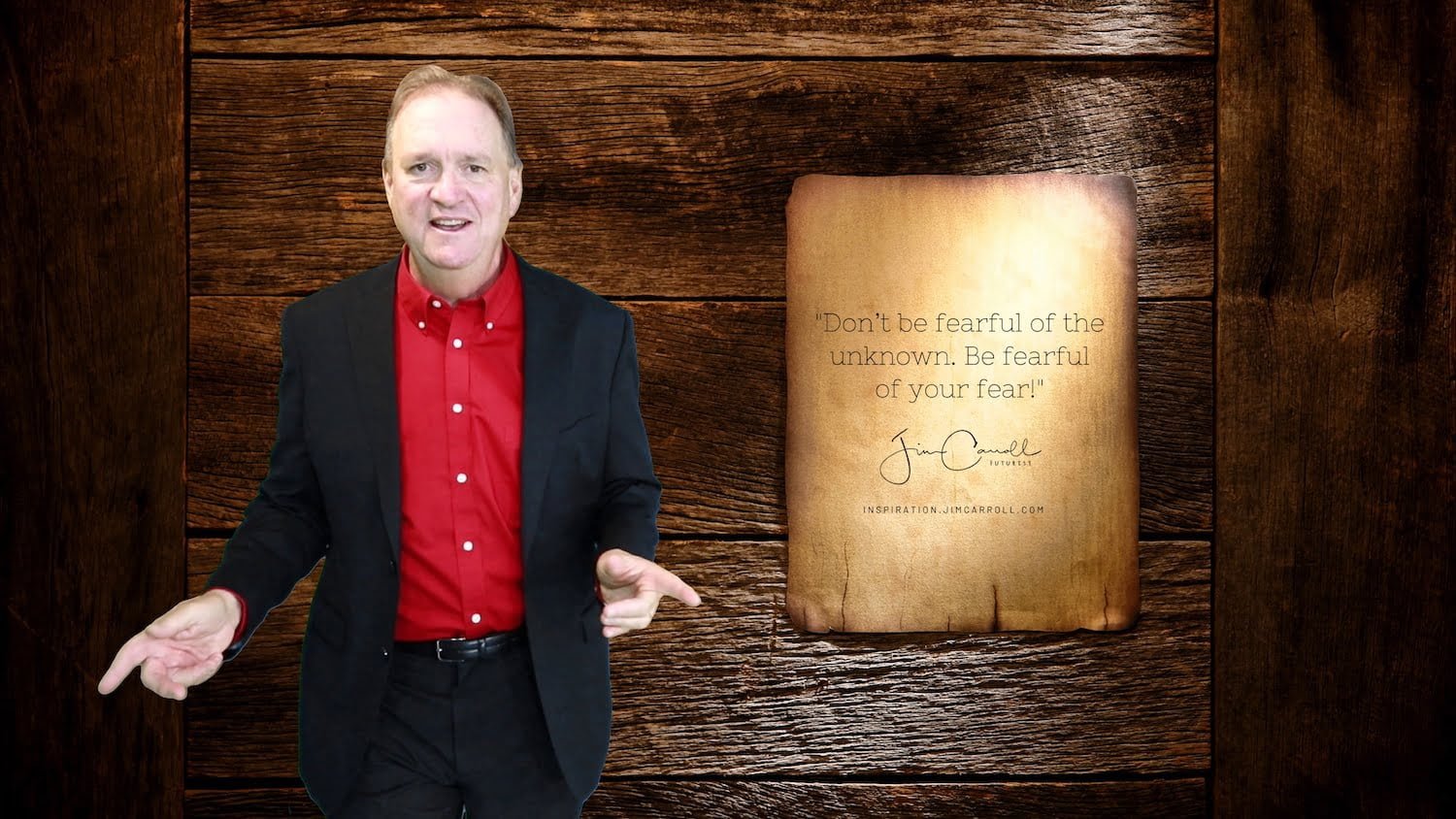 It’s not the fear itself, it’s the lack of facts that can get you!

I was attacked and bit by a dog on the weekend; randomly, without warning, while up at our cottage. I’ll be ok – but the first few moments were full of fear, apprehension, worry, and stress! It wasn’t until I had some facts to deal with that I calmed down. We spoke to a neighbor who is a physician, and she quickly examined it, and outlined what we needed to do (bacterial soap with a lot of rinsing!), We also confirmed my tetanus shot status (October 2019) and confirmed that the dog had a rabies shot.

Once I had the facts I began to calm down – but until I had them I was a bit of a mess.

(As an aside, what do anti-vaxxers and vaccine wingnuts do about tetanus shots? Are they into death by lockjaw or something?)

So it is with fear, the future, and facts. For a long time, I’ve found that there is always a small segment within my audience who start out being fearful of my keynote – they are lacking in facts, and the very nature of their mindset means that they view the future with fear. To get things rolling, I usually start out with three stark facts that put into perspective our era of accelerating change. Then I’ll explain that I will fill them with facts about where we are going and how they can turn these trends into opportunities – I’ll describe how they can turn their fear of the future into a mindset of action. Here’s what I try to do in those first three minutes: 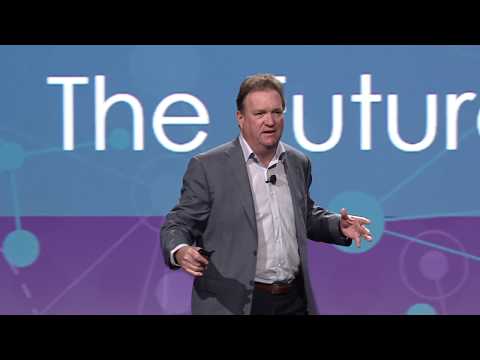 Some event organizers recognize that attendees are likely rooted in fear – the Utah League of Cities and Towns had this writeup when they invited me in to talk to 700 local mayors: 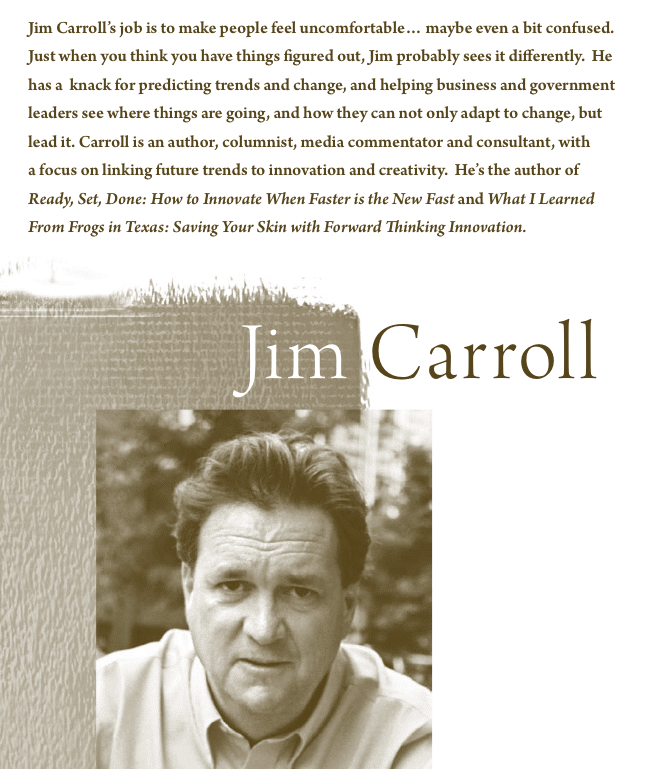 It does a nice job of addressing the fear issue of fear and discomfort:

“Jim Carroll’s job is to make people feel uncomfortable. Maybe even a bit confused. Just when you think you’ve got things figured out, Jim probably sees it differently. He has a knack for predicting trends and change, and helping business and government leaders see where things are going, and how they can not only adapt to change, but lead it.”

When I first read it, it seemed kind of off-putting, essentially saying, “Jim will scare the heck out of you!” And then, I realized that it echoes the story I open with on stage. I know that there are three types of people in the audience:

Which audience member are you in your daily life?  If you are one of the first too, think about the mindset of this third group – you probably work with folks like this. Perhaps they are on your leadership or executive team. What drives them? ? In my view, they don’t spend enough time thinking about what comes next.

You should also keep in mind that if you aren’t fearful of the future, maybe you should be because fear can be a powerful motivator! If you are too comfortable right now with your future, then you probably aren’t thinking hard enough about the trends that are going to impact you. You need to be scared; nervous; prepared to accept that things are going to change, and ready for action. But you shouldn’t let the fear guide your actions – seek facts to counter it. Use it as a springboard for action!

Bottom line? As I wrote in this daily inspiration some years back: “The very existence of your fear shows that you are ill-prepared for the reality of the future that you face!” 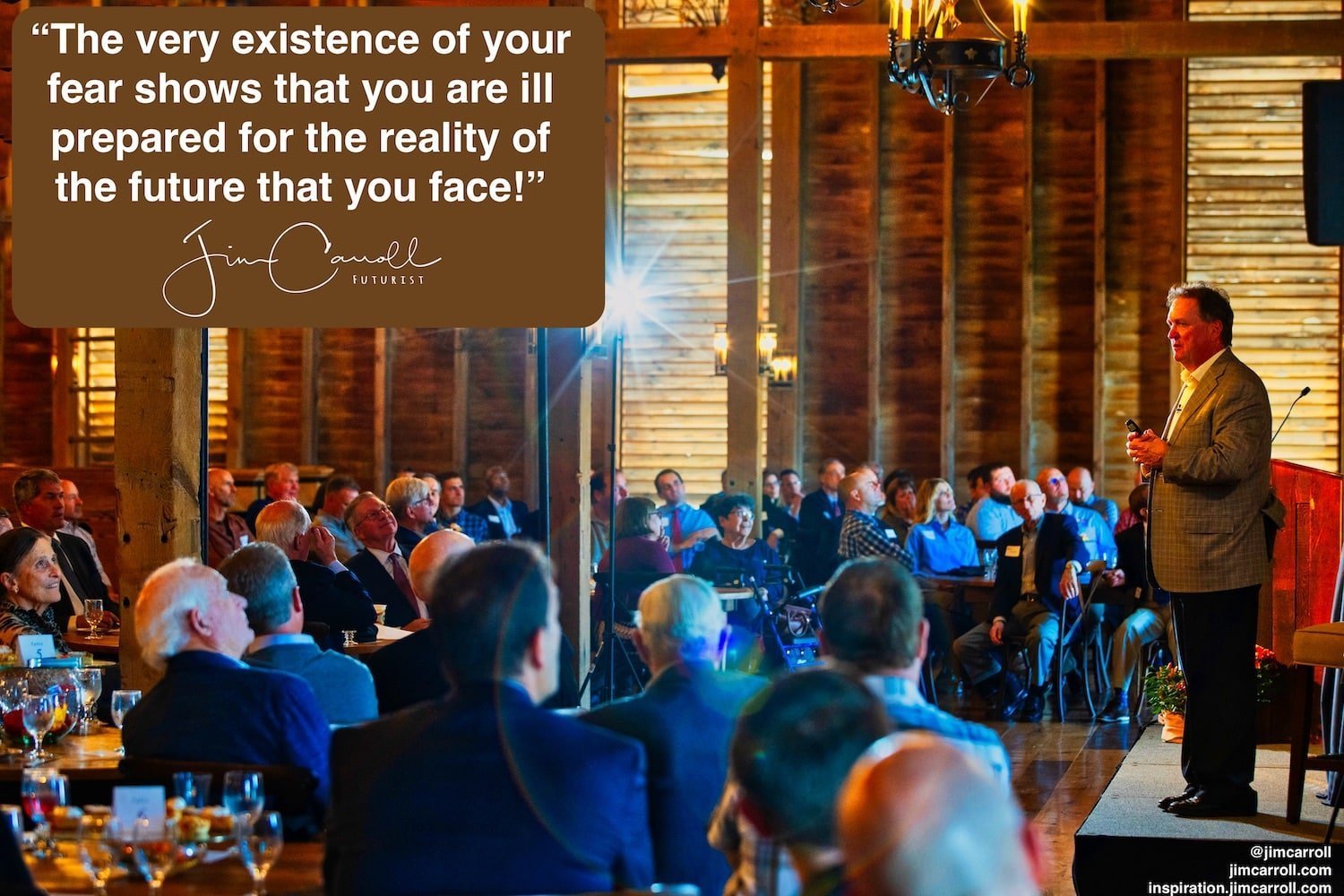 So maybe being a little uncomfortable and confused is a good state of mind to be in!