Daily Inspiration: “It’s not just the journey. it’s the negativity barriers you’ll break along the way that count!”

“It’s not just the journey. it’s the negativity barriers you’ll break along the way that count!” – Futurist Jim Carroll 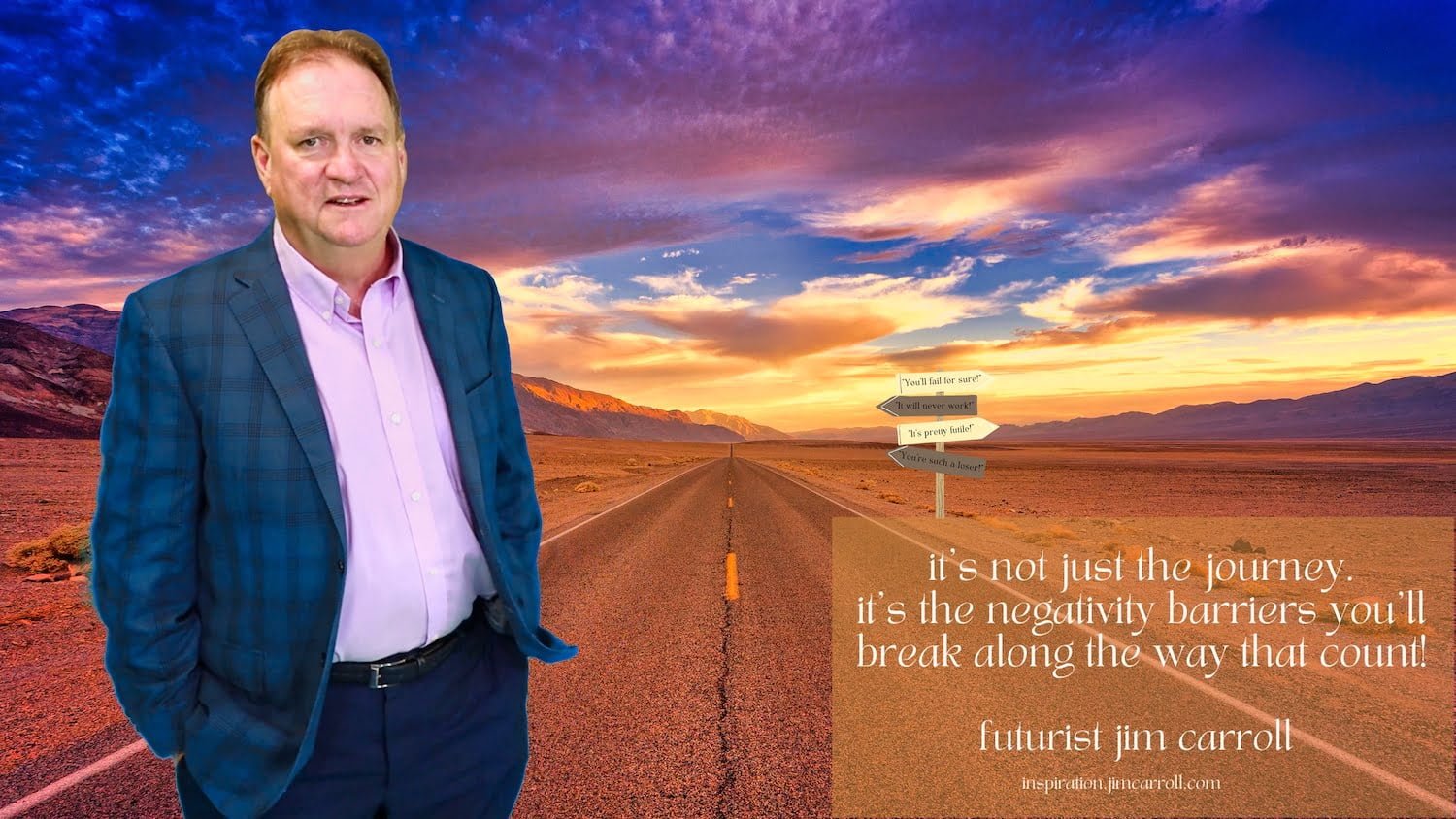 You set yourself up for failure if you accept the failure that others project onto you.

“Surround yourself with optimists. Always ignore the pessimists!”

Think about that, and then ask yourself how you keep yourself going forward. You do so by nurturing your optimism and ignoring the negativity. Optimism is one of your most precious resources – you’ve got to learn to nurture it, feed it, and let it loose. Don’t ever lose it – guard it carefully.

And that last point is often the biggest challenge. To fully pursue your future, you need to have the ability to pursue it despite being surrounded by those who tell you that you can’t; that you shouldn’t; that you shouldn’t try. That attitude is for those who wish to minimize their success. Breaking through those barriers is for those who want to take on the world and achieve great things. To break through the constraints of pessimism, you need to believe in yourself; have faith in your visions, and have certainty in your success.

Optimism about your outcome, and determination to get there!