Daily Inspiration: “With accelerating change, your ability to ignore the future is more than directly inverse to the impact it will have on you!”

“With accelerating change, your ability to ignore the future is more than directly inverse to the impact it will have on you!” – Futurist Jim Carroll 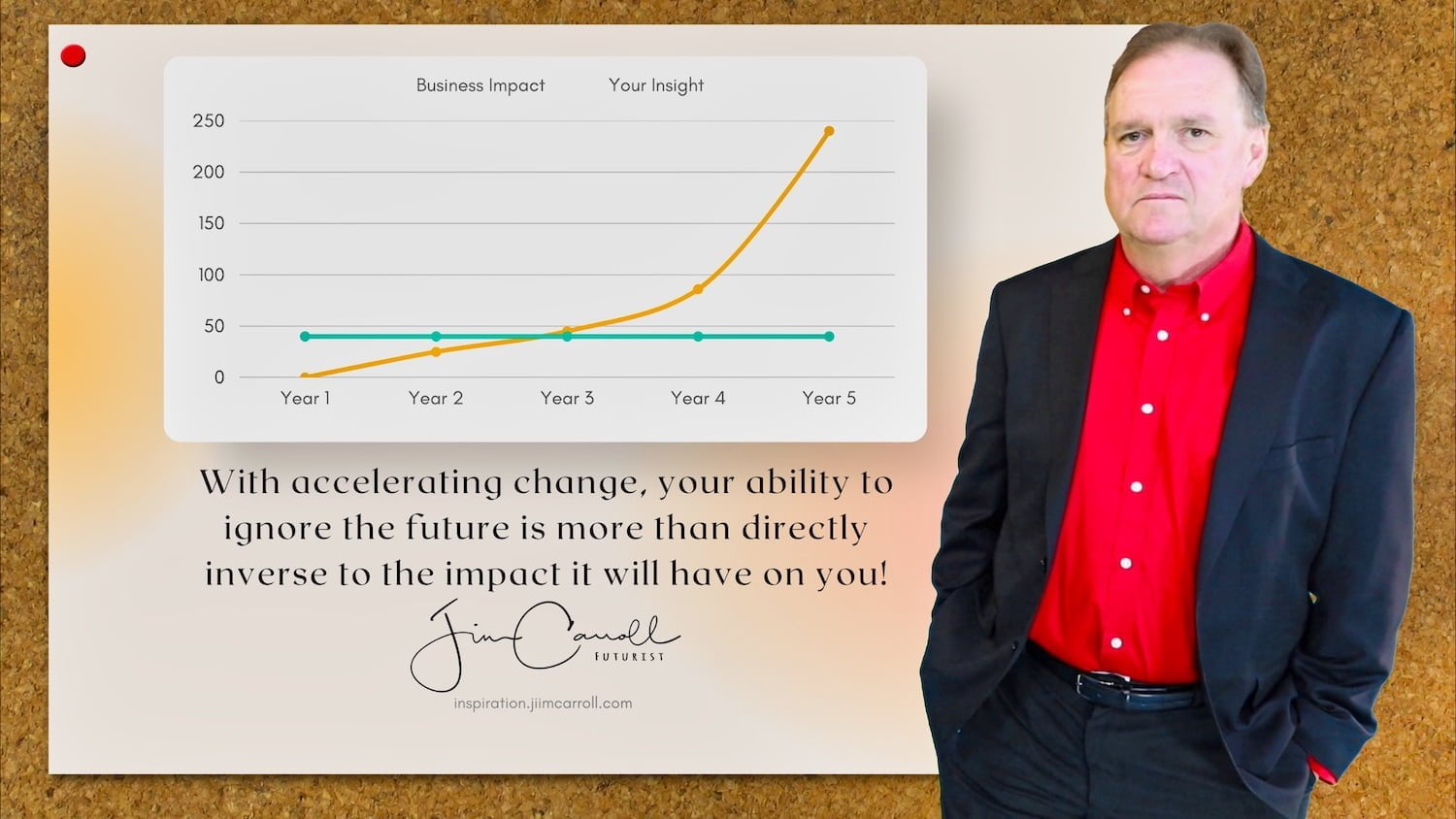 It used to be you could ignore what’s next. Today, you can, until you can’t.

Something about the future has changed in the last few years – it’s faster. And it continues to become even faster yet. The best way to comprehend that is by looking back in time – doing a bit of time travel in reverse order. Given that we are obviously in the midst of a global economic pullback, let’s consider where we were during the last economic downturn. Consider the recession of ’08.

Look at our world today – it’s a totally different story. All of this is gone – we have a new global society and a new global economy that is unlike anything that we’ve known before, built on a bedrock of misinformation. Our political, business, social, news, and is NOTHING like it was 11 years ago. We know that the era of oil is over, medicine has been transformed, the automotive industry is being torn asunder, and TV as we know it is dead.

The point is – the future is faster. Are you? Or are you too busy ignoring the signs of accelerating change? Are you structured for slow in a fast world?

Now consider this: the global pandemic has changed the axis of our universe. What was disruptive before is now massively transformative. Do you have a strategy to keep up? Are you dealing with the reality of the acceleration gap? Some time back, I hit the virtual studio to explain your challenge. 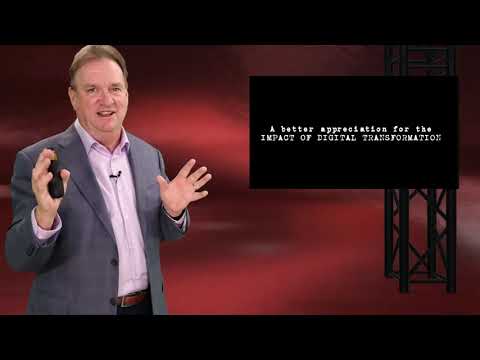 History tells us that every global crisis shifts the axis of the future of our universe, and every crisis offers an opportunity to improve. In the harsh reality of our post-pandemic world, leadership strategies that worked yesterday are exposed as being irrelevant tomorrow even while they are being actively considered today.

Pre-pandemic, CEOs and organizations were dealing with a world of business model disruption, the acceleration of technology, the faster evolution of key skills, and other critical issues. Now, in the harsh light of our new world, one thing is clear – the future is even more complex than it was before. And a simple fact has emerged – there is a massive and growing gap between the speed of change and the ability of organizations to keep up. Bridging this gap is critical to future success – and the significance of your inability to bridge the gap is even bigger than it was before.

The challenges exist in stark terms. Medical knowledge is now doubling every 78 days, compared to 8 years a decade ago, rendering irrelevant previous healthcare industry strategies. We’ve gone from a world of just-in-time to just-in-case supply chain concepts because of a world of broken globalization and sudden volatility. 68% percent of organizations have said that the global pandemic has forced them to adapt and change their business models – what was disruptive before is even more so today. Old methods of public relations fail faster in an era in which a Tik-Tok teenager with an effective message can change the entire course of human history. Regulatory bodies can barely keep up with the pace of fast science, as seen with the disconnect between the fast arrival of Covid-19 vaccines. An electrical grid infrastructure designed for the era of carbon vehicles is clearly unable to support today’s rush to battery-focused electric vehicles. These are but a few examples of how the ‘acceleration gap’ is affecting every aspect of our world today.

Bridge the gap! What worked yesterday will not work tomorrow!

You are on a guaranteed path to failure if you don’t align with our new reality – by mastering the disconnect between speed and structure. The acceleration gap is very real, and it’s growing larger all the time. Successful organizations will be those who can shrink the gap, minimize its impact, and turn it into an opportunity rather than a threat.