Daily Inspiration: “Every smart company eventually does a stupid thing! It’s not too late to avoid your fate!”

“Every smart company eventually does a stupid thing! It’s not too late to avoid your fate!” – Futurist Jim Carroll 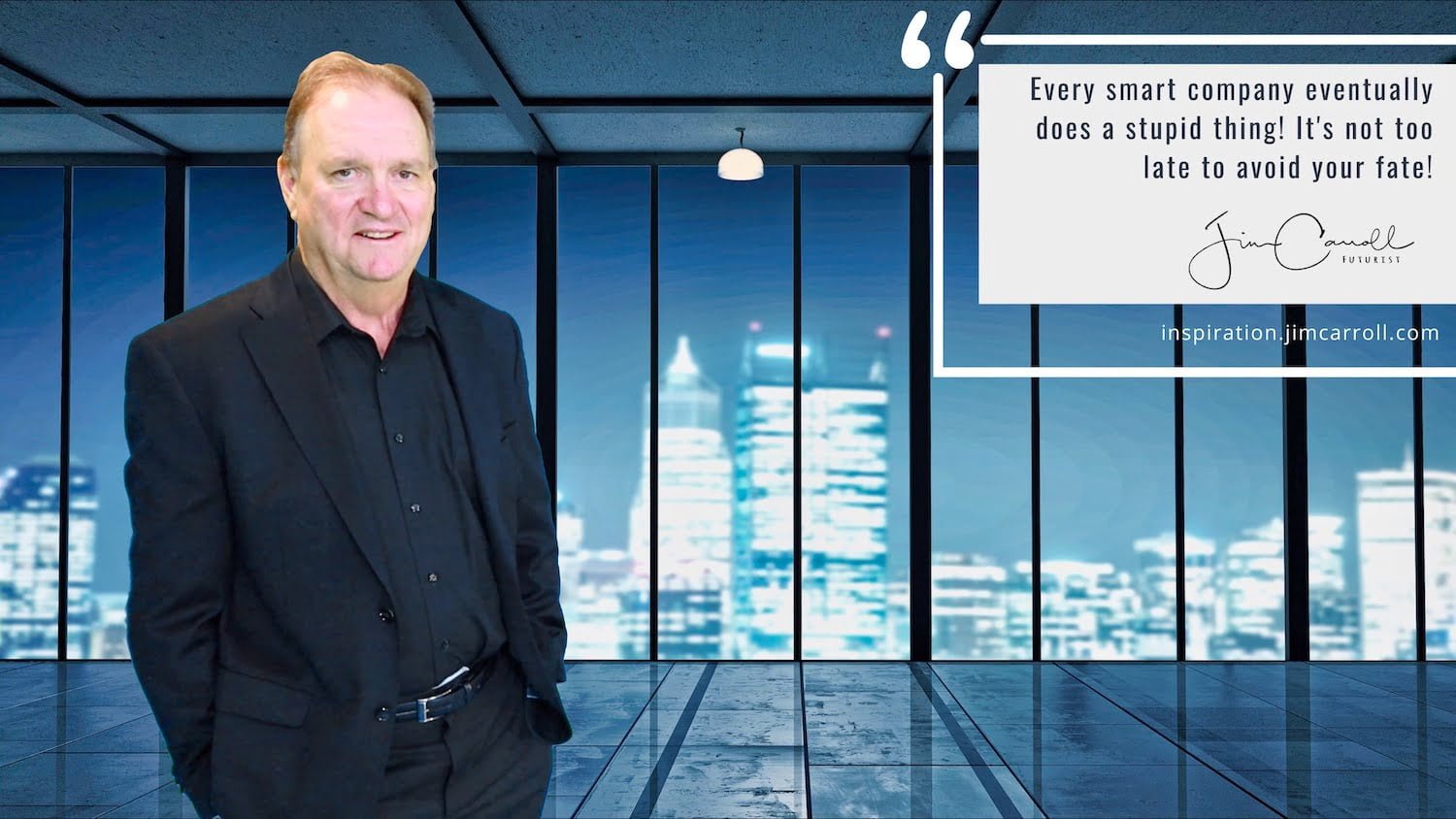 I’m willing to bet that at this very moment, you can name 5 things your organization is doing that you think are completely ridiculous, off-the-rails, mind-boggling stupid!

It happens to every organization. Here’s a clip for you to watch; it speaks for itself. 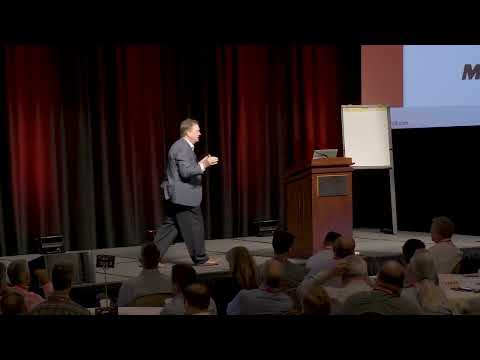 Don’t dare to presume that what you have done in the past will define your success in the future – because that is the essence of corporate stupidity.

Such thinking is all too common. Over the years, while I’ve seen many success stories within my global Fortune 500 client list, I’ve also seen many failures. For example, I spent time with Nortel, DaimlerChrysler, Research In Motion/Blackberry, and others over 15 years ago. Each involves a story of hubris and failure.

A good example: during a strategy meeting with a top leadership team at DaimlerChrysler in 2004, I suggested that they might want to keep an eye on the concept of a “GoogleCar” – a scenario in which Google might decide to become a car company. Essentially, I gave them a scenario in which a hi-tech company could become a new competitor, redefining the dynamics of the industry – a shift in the automotive industry in which Silicon Valley would define the speed of change. In that way, I predicted the emergence of Tesla, which today is pretty much setting the pace in the EV category. What did they do? I think some of them thought I was an idiot, based on some of the feedback. Oops! Today? I’ve been proven right, and I know those folks are long gone from the organization. The merger of Chrysler and Mercedes? It failed.

Motorola? I suggested they not concentrate on the success of the Razr phone, but instead worry about the potential for disruptors such as Apple to redefine their industry. Rather than focusing on their industry change, though, the meeting devolved into an argument about corporate budgets. Oops!

Research in Motion? Maybe one day, people might use phones without physical keyboards. Apple might one day become a significant competitor? Jim Balsillie looked me in the eye and told me, straight-faced, that RIM had nothing to worry about. Oops!

History is littered with the wreckage of organizations that did not step up to the plate of the speed of future trends, and who have failed to adapt to fast-paced market change. What happens to organizations like these? Why do things go wrong? There’s a long list of the reasons for failure:

Recognize the symptoms of corporate stupidity, and guard against them!