Daily Inspiration: “You won’t really know what you will want in your future until you are actually holding it in your hands!”

“You won’t really know what you will want in your future until you are actually holding it in your hands!” – Futurist Jim Carroll 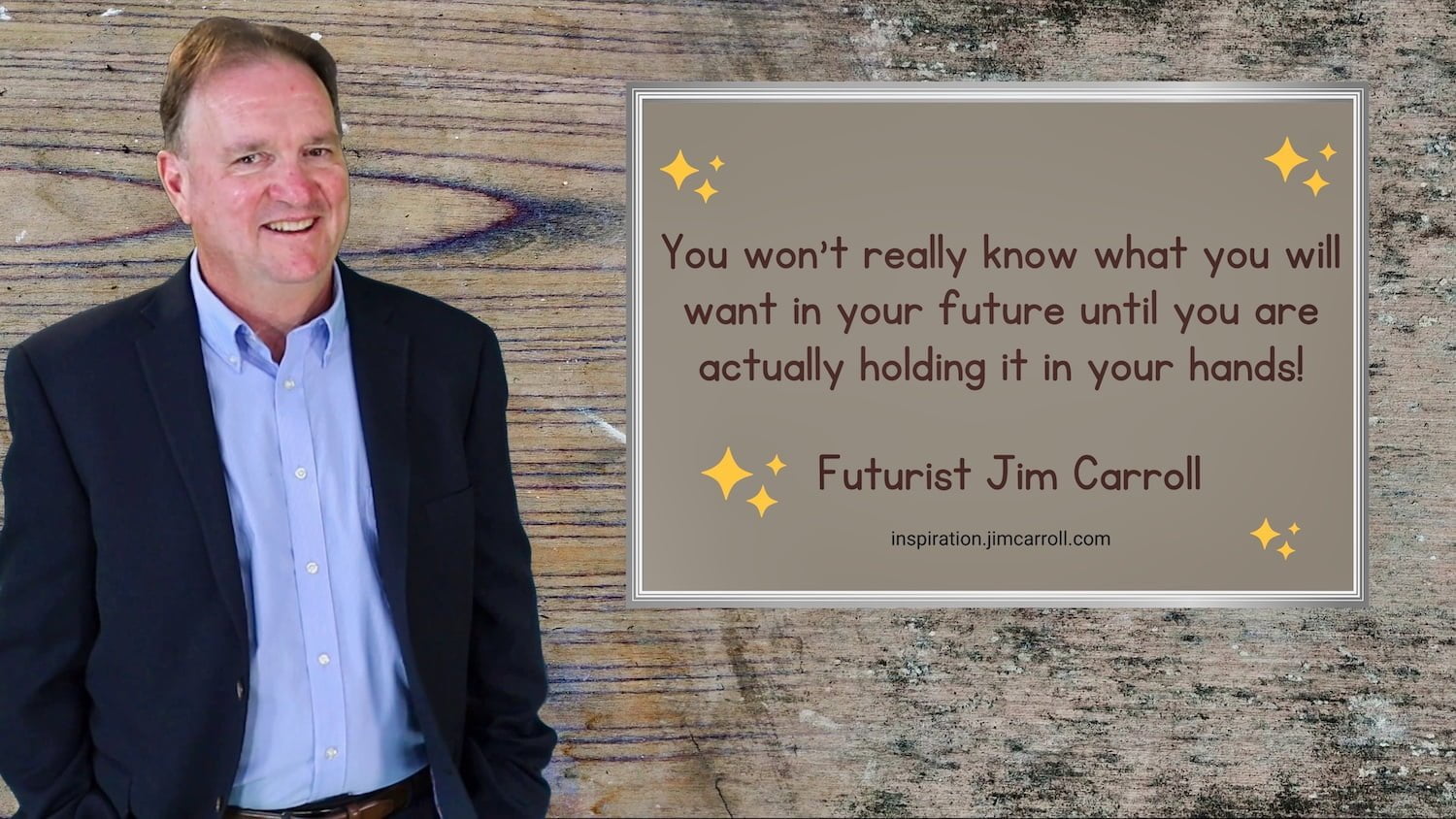 Twenty or thirty years ago, you might have heard someone tell you that you’d have a ‘personal communicator no bigger than a wallet‘, but you couldn’t imagine the specifics of it, until you held it in your hands. And then came your iPhone, and you didn’t know how indispensable it would be until it became an intricate part of your life.

You never knew you would have a smart weigh scale that would be a powerful ally in your health voyage, or a blood pressure cuff that would take this voyage of vigilance into the next level. You might never have imagined that you would have some sort  of advanced lens replacement surgery based on concepts that were radical just over a decade ago to correct your vision forever. You never sat back and planned to have a series of small cameras that captures the deer you have in the park outside your back door so you can marvel at a daily basis on the nature that you live within.

You were unaware that you one day you would have an electrical infrastructure in your garage that automatically charges your car when the rates are low, and you generally don’t fret about gas prices because that is just not an issue for you anymore. You never imagined that you might watch a map in that car while it attempts to drive itself, albeit at this point in a rather imperfect way, because that car is now more like a computer than a car.  You never thought that you’d abandon your LPs and CDs and DVDs because all that you listen to and watch is from somewhere ‘out there.‘ You didn’t imagine that you’d have tiny earbuds that would deliver you crystal clear sound from that very same ‘out there’ through your ‘personal communicator.’ You never imagined that you would golf with technology that would analyze your swing and your shot throughout your golf game, and which provides you detailed analytical insight on how you might do better the next time around.

You never imagined that you would talk to your wristwatch – and that it would talk back to you.

The point is, you can never really imagine the specifics of your future until you arrive there.

So you can imagine where you might be next? I challenged my audience from a stage in Marrakech, Morocco, in my opening keynote for the World Bank / International Finance Corporation manufacturing conference to consider this. 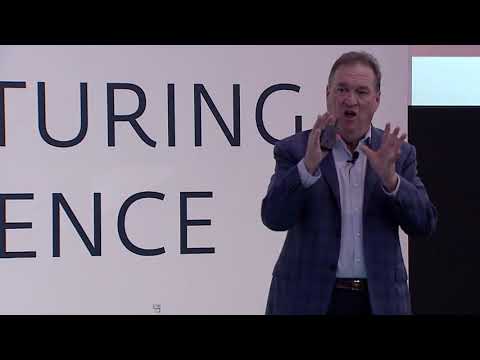 Often times, while we can imagine the future in broad brushstrokes, the specifics of the devices, the technology and the concepts that might become an integral part of our daily life can be difficult to imagine.

That’s why I consistently weave this quote from years ago into the front end of every keynote – because this is the reality of what comes next in your future! “Companies that don’t yet exist will build products that are not yet conceived, based on ideas that have yet been generated, using materials not yet invented, with manufacturing methods that have not yet been conceived. Are you ready for the new world of disruption?” 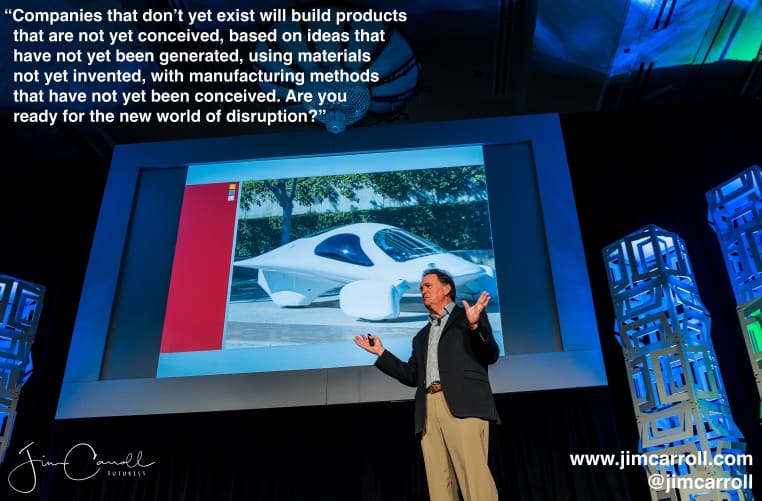