Daily Inspiration: “Denial: When people are confronted by reality but perpetuate their misbelief with the most dangerous of all drugs”

“Denial: When people are confronted by reality but perpetuate their misbelief with the most dangerous of all drugs” – Futurist Jim Carroll 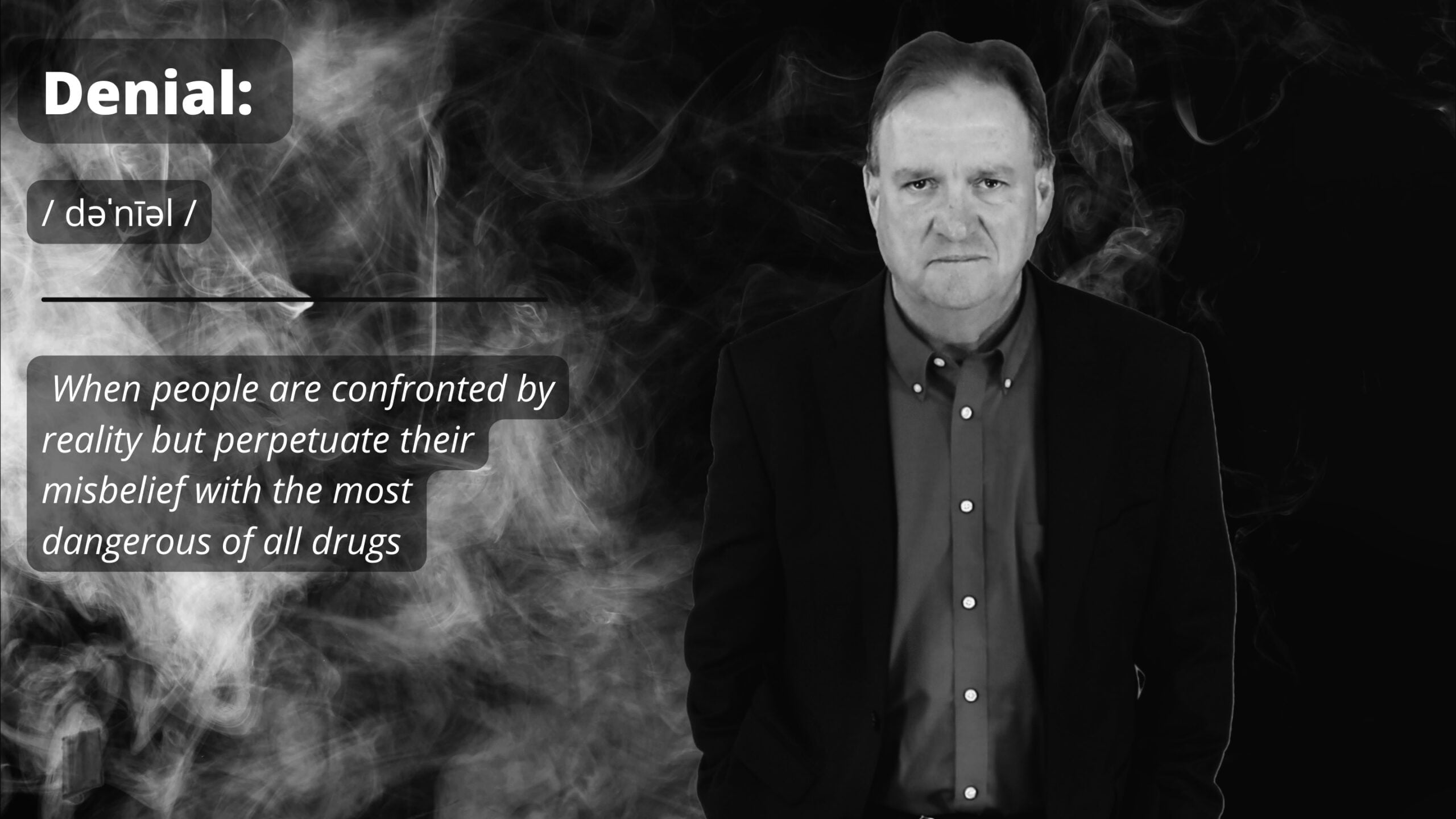 The first step towards reality is admitting that you have a problem – and yet, many people are unwilling or unable to do so.

It’s pretty sad to watch friends you know go down a rabbit hole, and realize they might never come out. It’s disconcerting to see too many folks fall into the trap of confirmation bias, seeking out ‘facts‘ that support their pre-determined theory when you know that their logical mind knows better. It’s disheartening to witness once brilliant minds dissolve into the mush of conspiracy theory, falling prey to a new form of Internet-driven hyperconnected madness that is now rampant around us. It’s worrisome when you find it necessary to abandon close friends, simply because you just cannot bear to watch their descent into the babbling madness of simple sloganeering.

I try not to dwell upon such issues, but over time it becomes increasingly difficult to do so.

It seems to be all around us. I know one particularly brilliant weather forecaster, a leader in his field, widely respected in the industry, who has descended into a pit of babbling nothingness. His Twitter feed was once a marvel of detailed, nuanced, and accurate meteorological insight; his long-range weather videos were a work of well-thought-out science-based forecasting. And yet now, having subsumed into the collective madness of the army of anger, he has abandoned all pretense of the weather science that he knows, in order to try to deny the reality of the climate crisis that surrounds us.

Why does this happen? What causes someone who once provided useful information within his field, but now shares selective bits of information engineered to support his agenda of anger? How does someone who is of a mind of science now intersperse every reality-based observation with the mindless wanderings of a once-fringe reality-disbelief political agenda? How does someone dissolve into a world that seems to be driven by a deeply embedded hate for everything, and a zealous determination to try to prove wrong anyone that might disagree with his new angry views?

The world has lost yet another brilliant mind – and we’ve watched it happen in real-time. This is happening all around us at a staggering speed, and it’s massively disconcerting. Take a look around – you know you see it everywhere, and it’s impacting you at a personal level. This is a massive trend going forward, and we are only beginning to see the dangerous implications.

From a corporate trends perspective, this new era of denial will have a profound impact on the world of business. More organizations and the leaders who ‘lead’ them will make up false facts to deny the business model disruption which will soon put them out of business; it will lead them to pursue paths of obstruction rather than innovation, trying to avoid the inevitable; it causes them to choose to avoid what needs to be done, instead pursuing a path of what they want to be done. The result is we will see an increase in the number of business and industry failures driven by accelerated denial. From a trends perspective, the crazy is bleeding into the corporate world, and it won’t end well.

What’s the way out of this madness? I really have no idea – of all the trends I follow, this is the one that worries me the most.  it’s a tough time to be an optimist but I soldier on, reinforcing my mindset with the opportunities of trends and the positivity of hope.