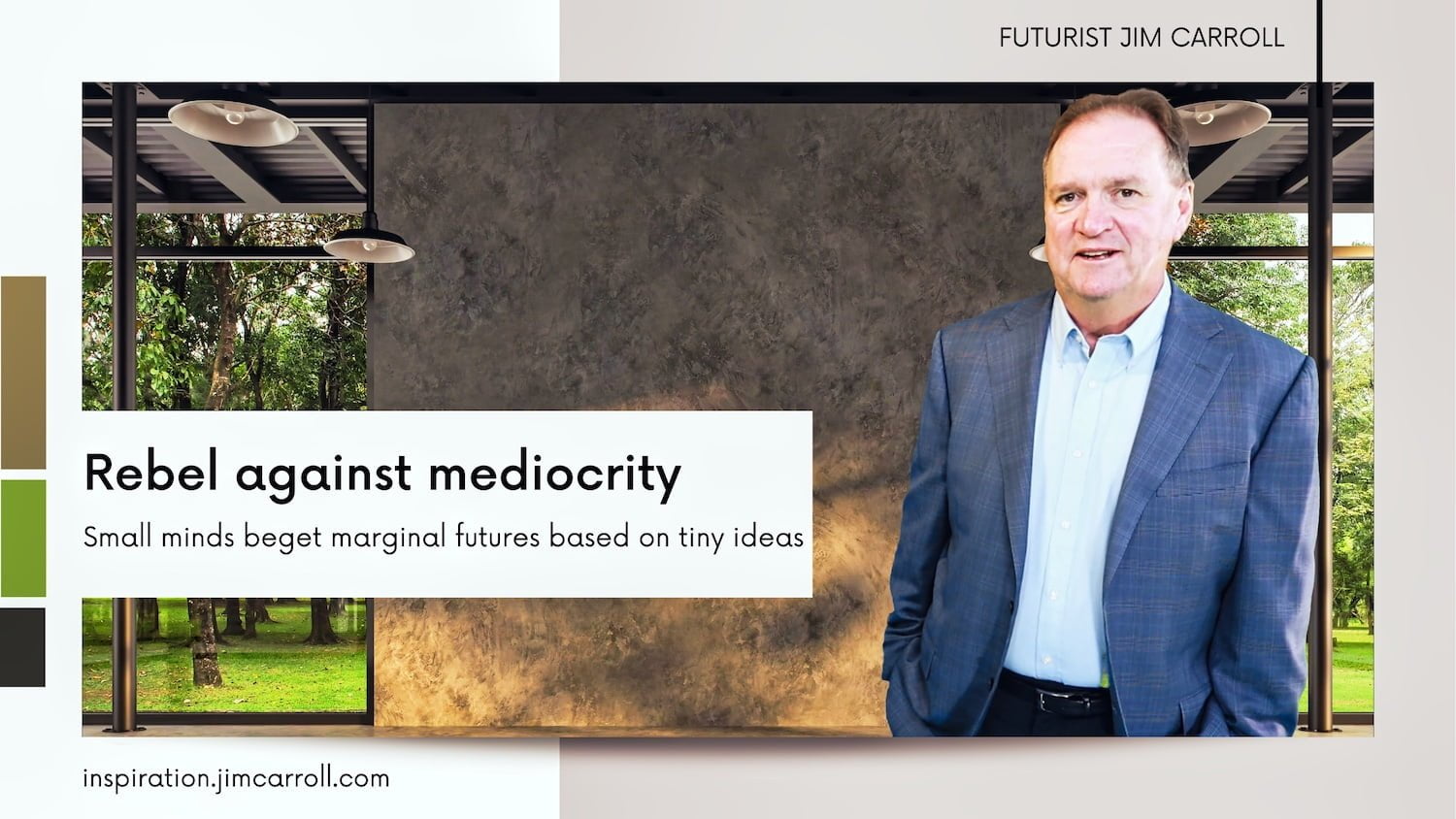 Is your goal to be average?

Are you surrounded by people who excel at being average every single day? For sure! All you need to do is listen to the excuses they make every moment; the efforts they don’t put in, and the inactivity they rely upon.

They live a pretty mediocre life- and to achieve your own goals, you must rebel against their mediocrity, battle it, fight it continually – because otherwise, they will drag you down with them. Their mediocrity implies that their goals are too small, their vision is too narrow, and their efforts will be marginal. That’s not what cuts it in today’s day and age. The pace of change and the arrival of new ideas is so sweeping that the crazy become mainstream faster than ever before.

If you think small, you’ll be small! If you fall to a level of mediocrity, it will subsume you.

Battle back! Try to lift them up with your goal bold goals, big visions, and huge efforts! Elon Musk didn’t set out to build an average car – he set out to transform an industry. Steve Jobs didn’t want to just build a new type of mobile phone – he wanted to fundamentally change the nature of how we think about a portable communications device. Reed Hastings and the team at Netflix didn’t set out to just transform the VHS videotape rental industry – their goal eventually became using emerging technologies to redefine the consumption, and then production, of content.

None of them were marginal in their goals nor mediocre in their efforts.

Nature rewards creativity, accelerates individuality, rewards rebellion, advances the imaginative, seeks out originality, and prizes the inventive. Don’t try to stand out in a crowded field of mediocre people – walk to a different space and make it your own through big ideas, big goals, and big efforts.

After all, no one ever achieved great success by doing the small things that everyone else has always done.