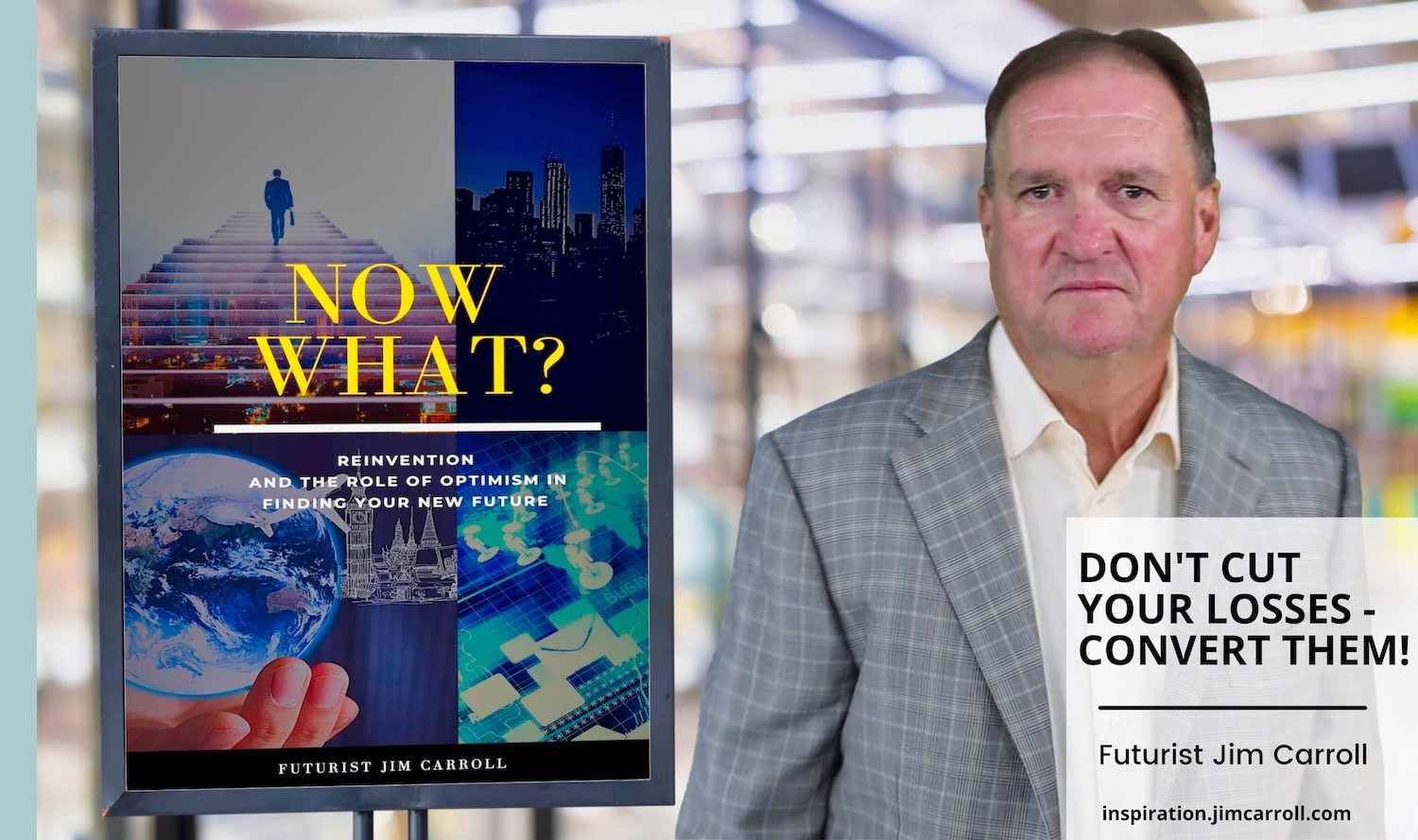 A year ago this week, I released my 39th book. It went nowhere – one could consider it a failure. Sales have been rather slow, to say the least.

But was it a failure? To me, it wasn’t – it was just another part of my journey!

Now What: Reinvention and the Role of Optimism in Finding Your New Future was my “Covid” book – I needed things to do! I had a lot of material to develop it -it was based on a series of interviews I did from my virtual broadcast studio while in lockdown. I found myself interviewing a wide variety of people who had been busy reinventing their future careers and opportunities, some as a result of the Covid lockdown, and others not. Some were on the path of reinvention before the pandemic began; others joined the journey as a result of Covid. One, an ex-prisoner, began his journey while in a different type of lockup!

I knew I had some wonderful insight through all those hours, and worked hard to get what I could from the transcripts. I still believe there are some very powerful observations in the book as to how to reinvent. If you are interested in buying a copy, you can find it here, All of the original interviews can be found here.

The core theme of the book is ‘reinvention,’ and you might have noticed I am quite focused on that issue. As the one-year publication anniversary began to approach, I started to investigate the issue of product failures that turned into successes through reinvention – and it wasn’t hard to find examples. Instances where companies didn’t just cut their losses but converted them into success.

Bubble wrap was originally planned to be some type of wallpaper until new opportunities were discovered. The Apple Newton, a dismal failure, laid the conceptual foundation for the iPod, and later, the iPhone. It’s said that James Dyson tested some 5,271 prototypes of his vacuum before finding a successful formula. Corning made cookware until it discovered the core component in its product line, glass, and ceramics could be used to make fiber optic cable. Slack, the popular collaborative software platform, started out as a gaming company, but the product flopped – but they noticed that the chat feature that came with it was extremely popular, providing the foundation for a new business. YouTube started out as a dating site, but the developers noticed that what people really liked was the ability to upload videos – and hence a new business was born that sold just a few years later for $1,6 billion. Even Research in Motion, with the infamous failure to adapt its Blackberry product line, found a future in embedded software within the remnants of its operating system, playing a major role in intelligent device development today.

The point is that a failure can be a success; a loss can be a gain; a downside can be an upside. It all depends on what you do with your failure – and the starting point is NOT to consider your effort a failure!

I’m still figuring out my next steps with What Now, but I do know that going down the pathway of exploring the idea of reinvention through optimism has had a huge impact on what I’m writing and speaking about. And in that regard, it proved to be a wonderfully successful project!