Daily Inspiration: “Avoiding what’s necessary is a great strategy for achieving the inevitable!” 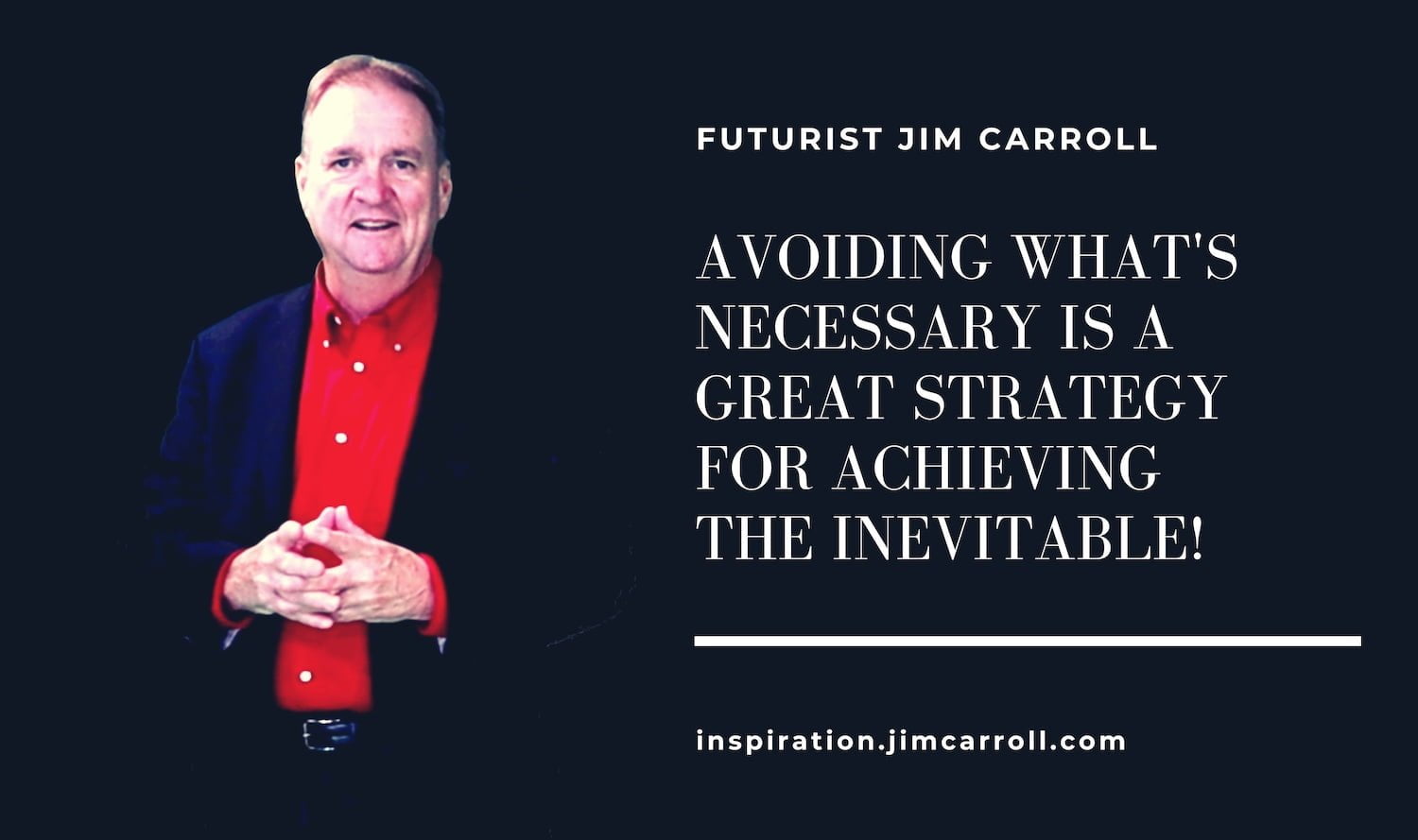 Certain things are certain – you know that! Your business model is going to change. Your customers are going to be more demanding. Your competition is going to have a better idea. Your product is headed toward obsolescence if you don’t innovate faster. And yet in the face of these realities, you might rely upon inaction, postpone decisions, and do everything you can do to deny your future direction. Procrastination becomes the name of the game, indecision the attitude, and delay the result.

Is that you? I know I see this attitude all the time! As a futurist, my job is to take people through time, and yet I know that many in my audience would prefer not to come along for the ride. They’re too complacent about the change that they face; they are in denial about their circumstances; they don’t believe they need to worry. Procrastination driven by aggressive indecision is a killer.

But what drives this desire to try to avoid the inevitable? Many people feel trapped in their current reality and don’t know how to escape.  This sets in a feeling of feeling helpless, and a state of being inactive, unable to move forward. And yet while this settles in, the future happens all around them, often at an ever-increasing pace.  The result? They fall behind, fail, and end up in a worse state than before. Take a look around you, and you’ll see the

How do you get out of this type of mindset? By recognizing it for what it is, and making a *conscious* decision to innovate, change and adapt. Denial is not an option – excuses are but a tonic for failure!

Here’s the thing: inertia is easy – action is hard.

But necessary in the face of relentless change!