.
Home   >   Blog   >   Daily Inspiration: “Soon to be announced’ should be your continuous personal goal!”

Daily Inspiration: “Soon to be announced’ should be your continuous personal goal!”

“‘Soon to be announced’ should be your continuous personal goal!” – Futurist Jim Carroll 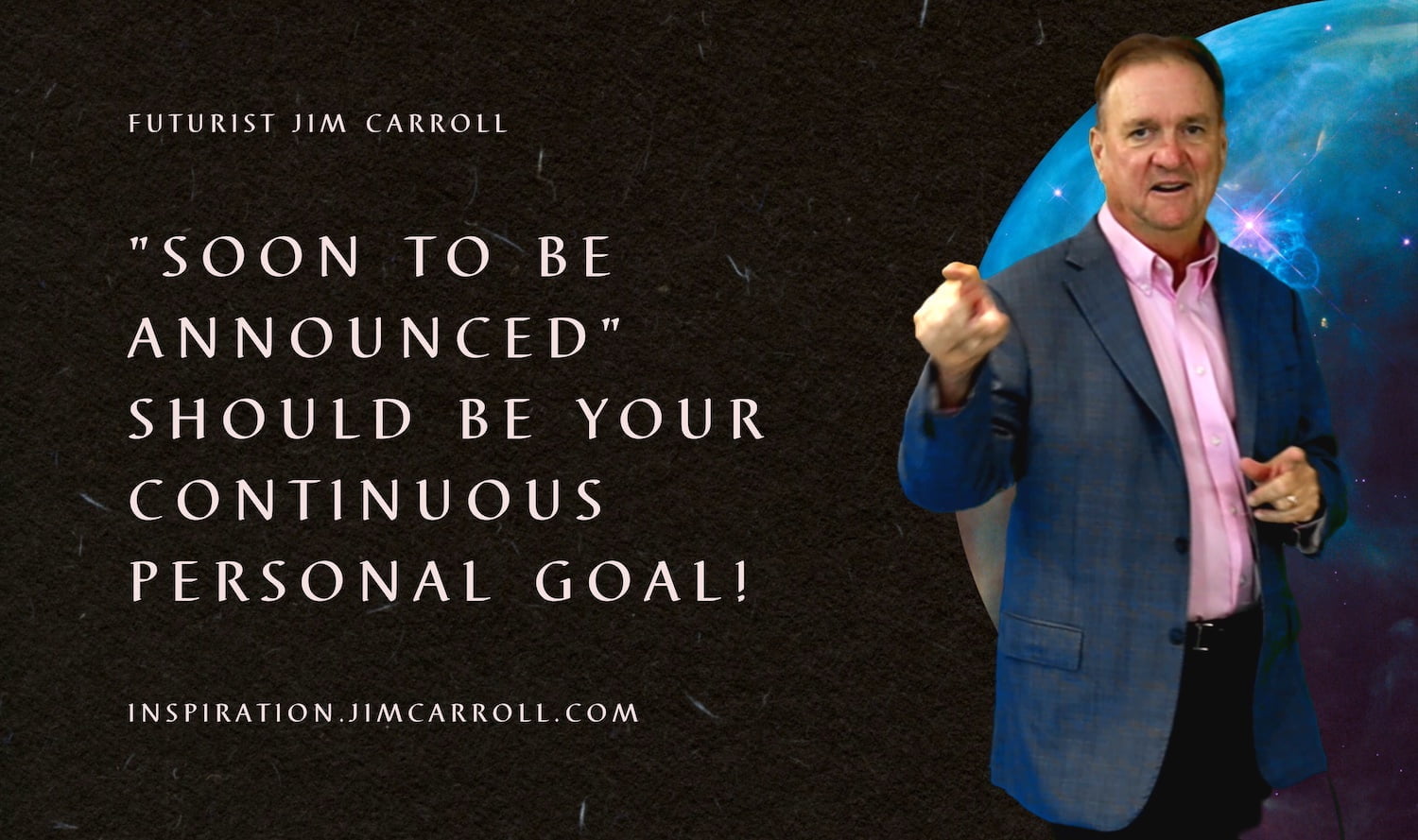 You are a work in progress.

As are your ideas, initiatives, future opportunities, and realities. You can’t presume anything is set in stone. The only thing you know right now is that tomorrow might be entirely different from today. What’s your plan to align to it if it suddenly shifts?

Throughout our lives, there are those moments when we might often find ourselves in a ‘soon to be announced‘ status – maybe we are about to launch into a new job, or perhaps even a new career direction altogether. It might be the case that we have some sort of major new business initiative or product, or maybe some sort of announcement that we set to bring to the world. Or it might be a situation in which we are about to take on some big new goal, initiative, or activity, either personal or corporate. We’ve got that phrase ‘soon to be announced as a part of our mindset.

That’s why adopting a mindset of ‘continuous soon to be announced’ thinking might be a valuable mindset marker:

You’ve got to be ready for that, and have a plan as to how you are going to respond to that reality.

You can best do that by having your ‘soon to be announced’ plan already firmly set in stone inside your mind!