We live in terrifying times! Terrifying headlines! We’re all going to lose our jobs! The juggernaut of automation has us all in its sights!

Everywhere we turn, there’s terror in the news. Is it real, is it fake? I don’t know, but it sure seems that 2017 is the year of the big job automation disruption! 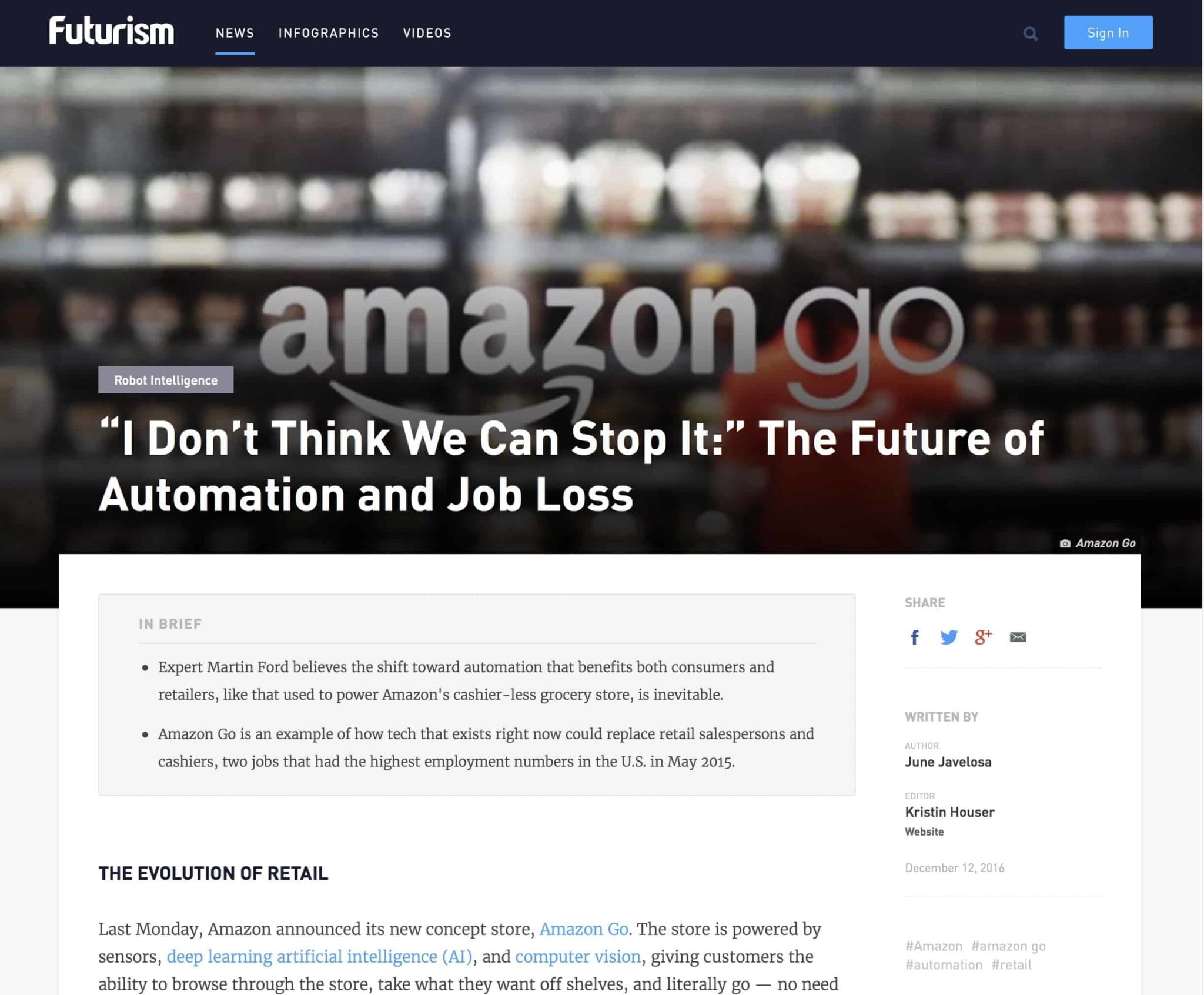 What should we do! Let’s come up with some sort of plan to help all these displaced workers! A big dialog is necessary. Plans. Guaranteed income strategies. Things like that. 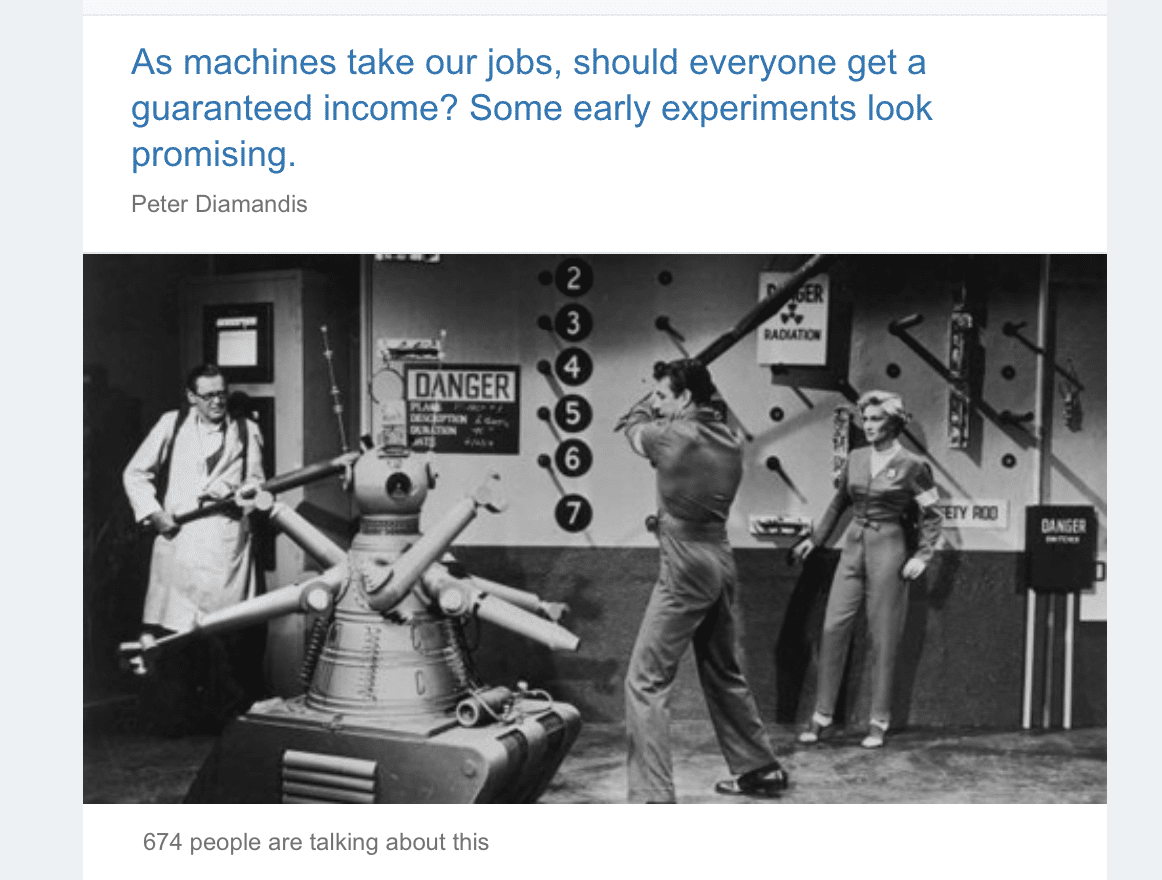 OMG! It’s pretty clear that mankind is doomed by the era of automation! Doomed by the machine age! 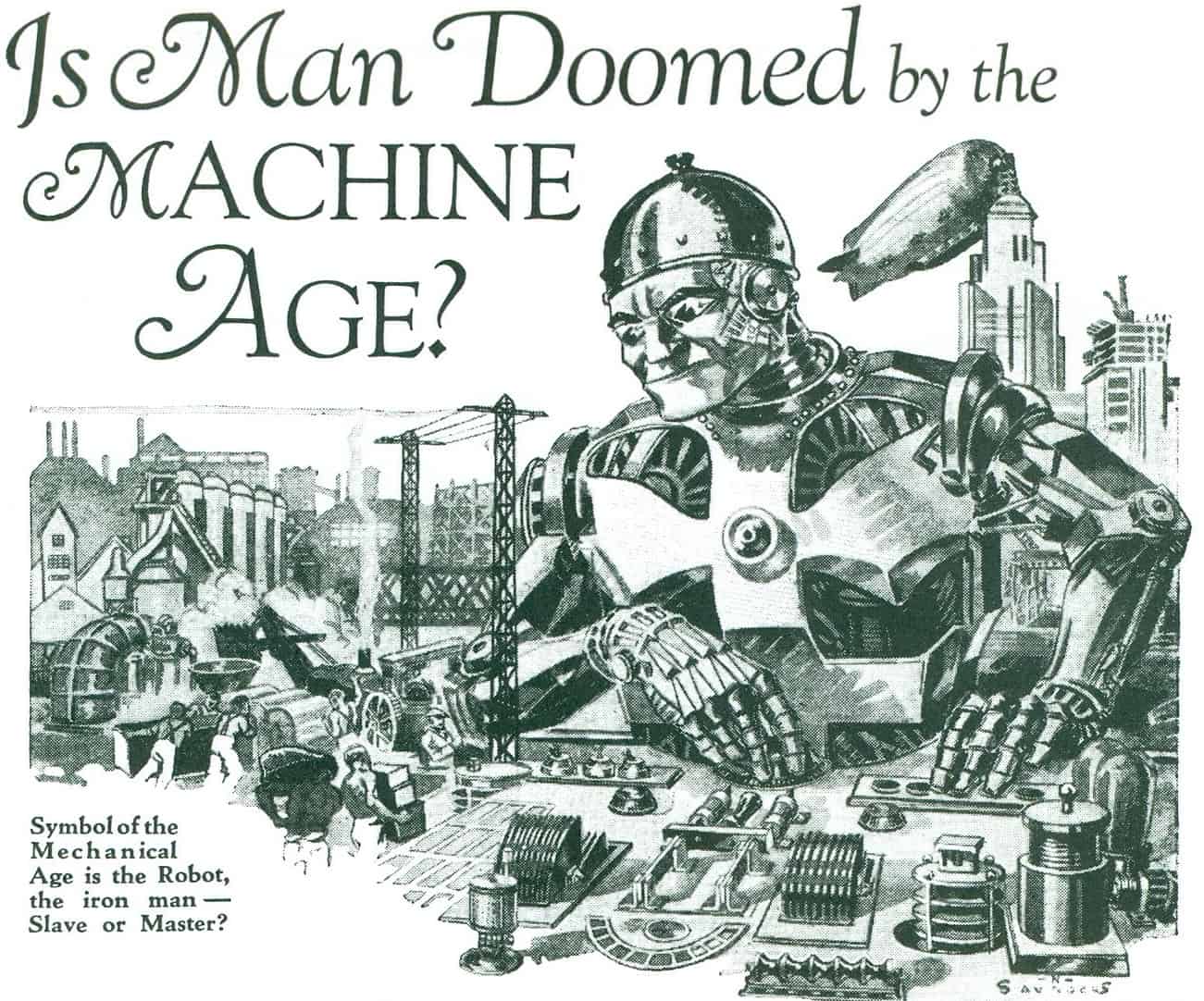 After all, machines are destroying jobs! There are photos! Pictures even! 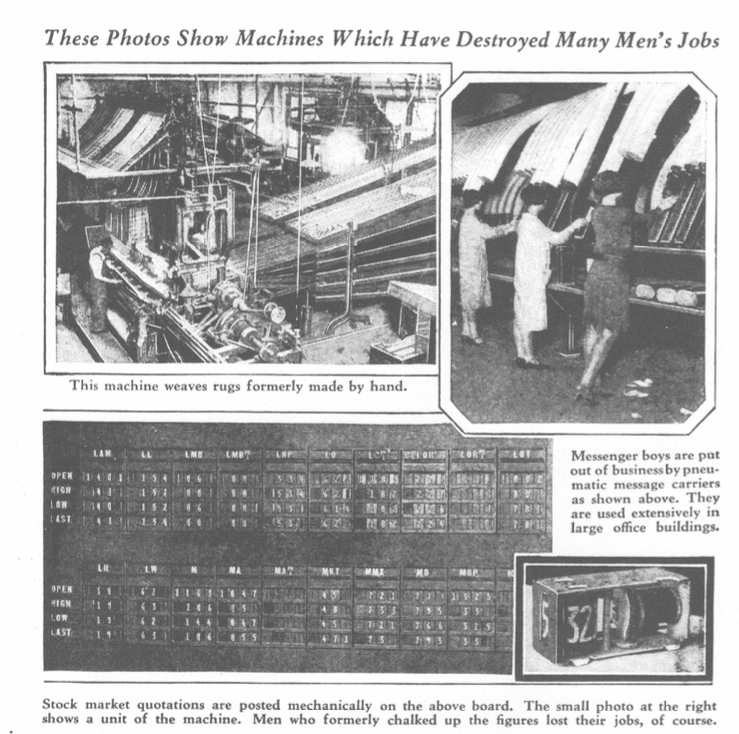 It’s even the end of jobs for musicians! 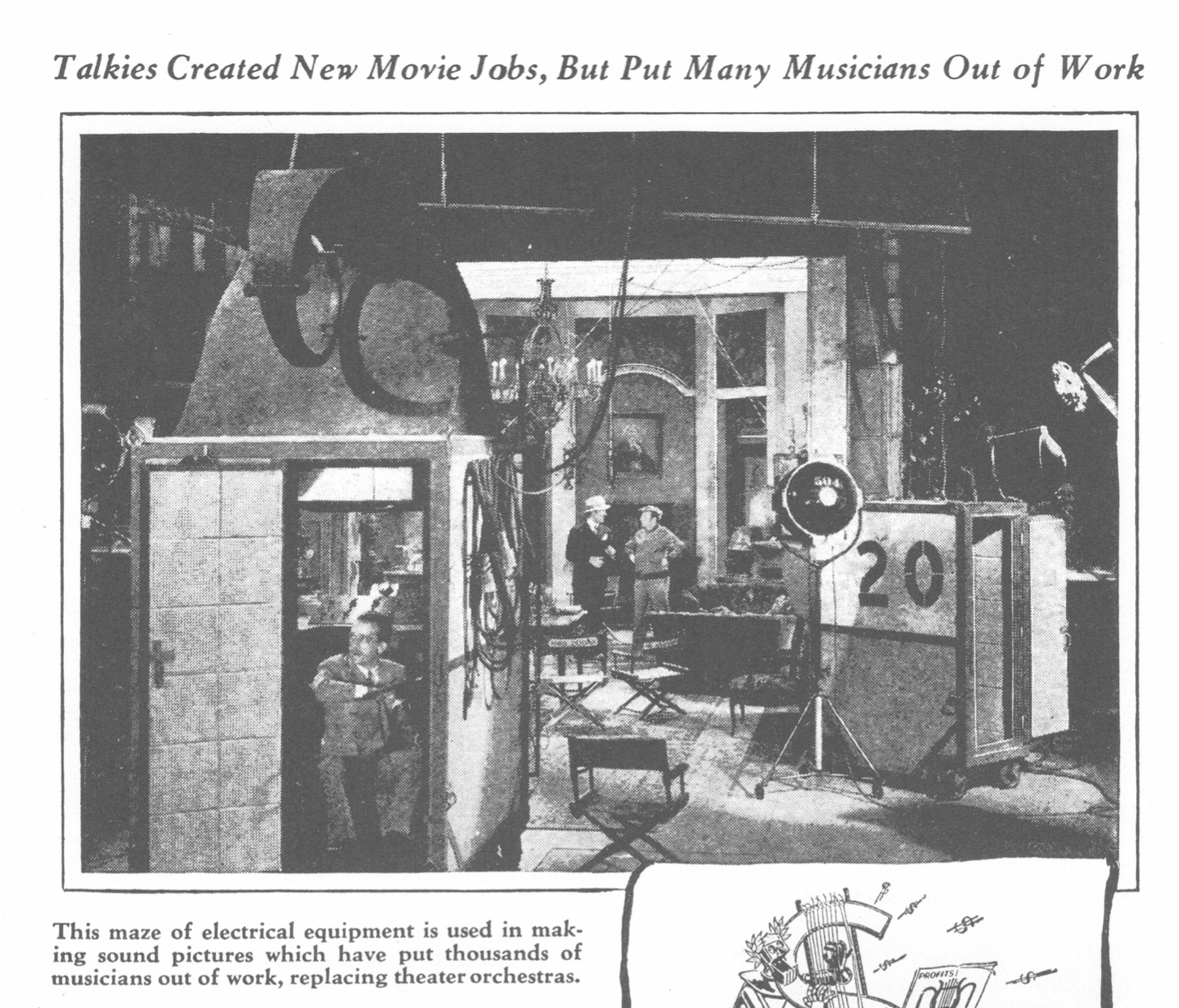 Not only that, but robot brains are even coming up with story plots, having a dreadful impact on creative industries! 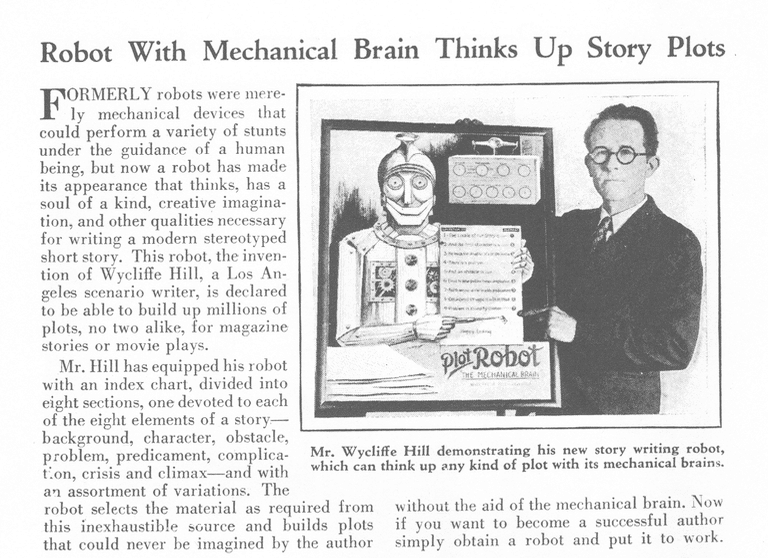 And hey, maybe we shouldn’t worry — we can all just enjoy all the extra leisure time that we are going to have. 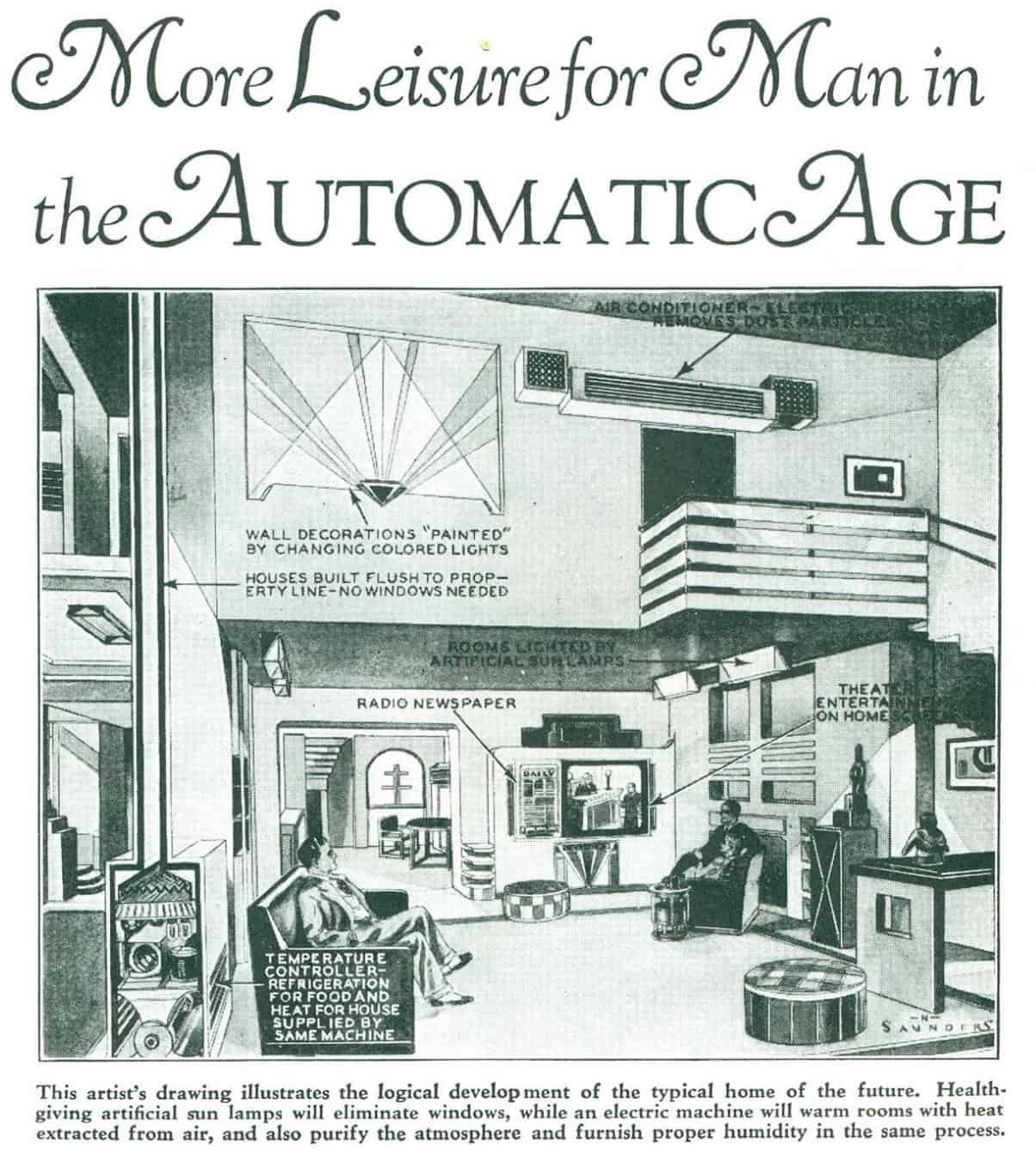 Look maybe everybody should calm down some.

The older images in this post are from Modern Mechanix and Popular Science, from the 1930’s.

I’m sorry, I don’t want to seem insensitive or anything, but can every body just calm down with all the hysteria about this issue?

Yes, there are serious issues at work here. And yes, the future happens. But as I wrote in my other blog post, Things That Won’t Happen in 2017: and What it Means,:

Consider that last bit of that phrase:  the reality at the same time that existing jobs and careers disappear, we are seeing the emergence of all kinds of new jobs and careers.

That’s always been the case in the past. Will be in the future.

Can there be some rational discussion around this stuff?

And maybe, just maybe, it might be a good time for some tools to test the intellect of many of those at the forefront of the hysteria. There’s a tool for that. Click to enlarge…. 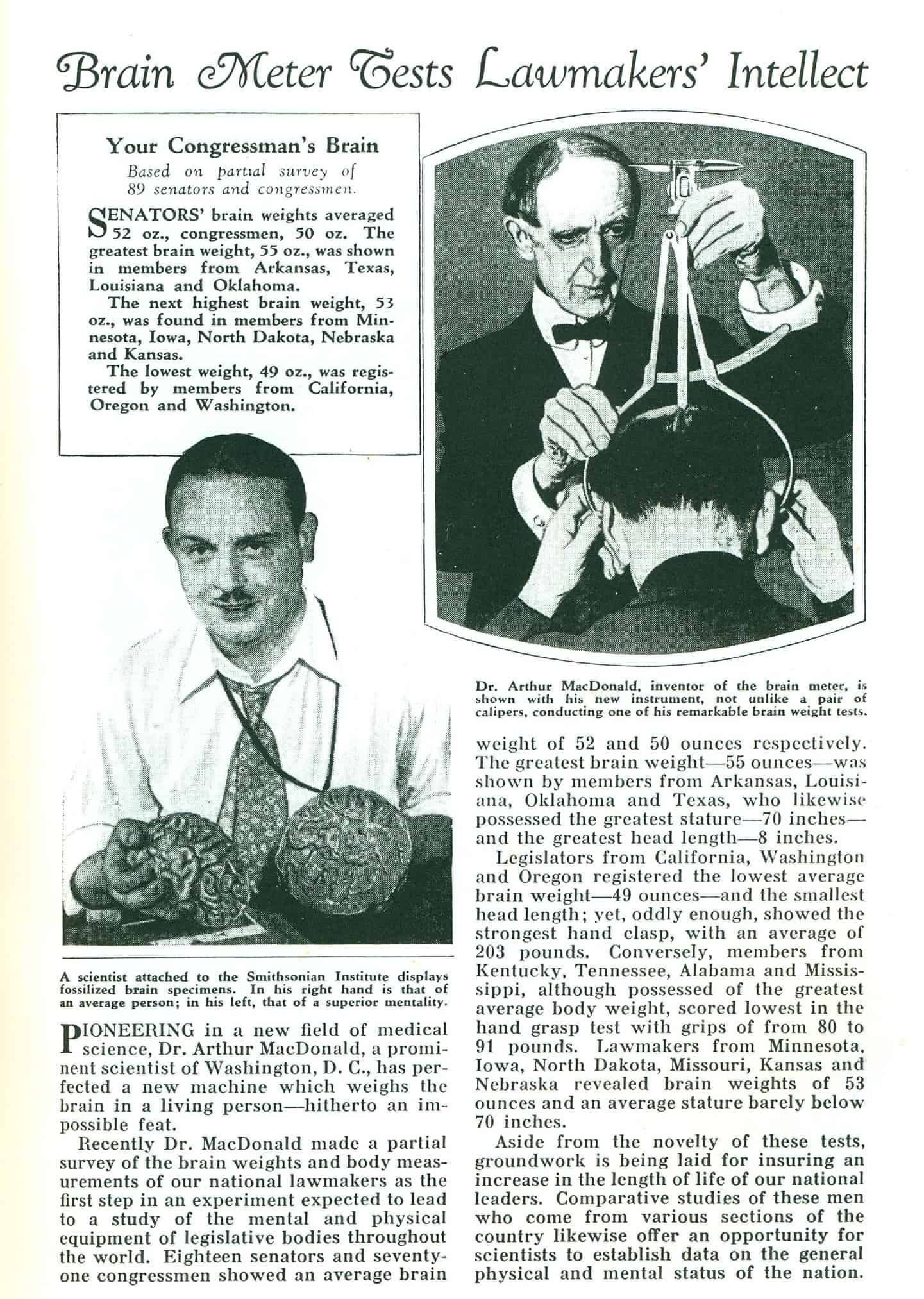